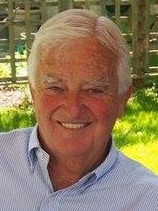 Age 78, of Minneapolis and formerly of Austin, MN, died peacefully on February 5, 2021.

Whenever he talked about his life, he’d say, “I got my money’s worth,” and everyone who ever had the good fortune to meet Dick Brimacomb would agree. He made every day count, and he was always the biggest personality, the most booming voice, and the kindest heart in any room. He was the first person you called when you had good news or when you were in trouble. He was the customer who called the waitress by her name and learned her life story by the end of a meal. He was the guy who got you on the road to getting sober. And he was the one yelling “Great job, honey!” from the sidelines or the stands of countless games and recitals, both for his grandkids-by-birth and for the large collection of “honoraries” who also called him Boppa.

Coming from humble beginnings, Dick faced more challenges than most ever realized. But he used those circumstances to build a superpower – the ability to empathize with anyone, no matter what their circumstances, and to offer them encouragement on their own journey.

His working life began at age 10, when he started delivering the Austin Daily Herald. Later, he worked as a cook for his beloved grandmother, Winnie (Severson) Shaw, who managed Nelson’s Grill. His famous French fry and onion ring recipes came from Winnie, and he loved preparing lavish meals of salmon, crab and steak. He caddied at the Austin Country Club, where he developed a passion for golf. He was still walking the course and carrying his own clubs last summer.

Dick was the first in his family to graduate from high school or college, and he worked three jobs to pay his way through school. His playful and flirtatious banter was honed while selling women’s shoes at Dayton’s. After graduation, he began his own dental practice, and he was an adored dentist (the ultimate oxymoron) for 41 years. His loyal staff worked together for decades, some as long as 40 years, and the practice successfully served multiple generations of families.

A “giver” in the truest sense of the word, Dick volunteered as a wrestling, t-ball, and baseball coach, political activist, and at church. And he was always the neighborhood’s most reliable sports chauffeur.

For a kid who grew up without ever flying on a plane or taking an out-of-state vacation, Dick quickly took to the traveling life. Starting in the late 60s, travel to Mexico was a regular source of adventure, fun, sun, food, and fabulous fiestas. For a frugal guy like Dick, it also helped that the dollar went farther there.

Intrigued with the culture of Mexico, the family joined a summer exchange program. Their assigned student, Juan Sanchez, formed a lifelong bond with the Brimacombs, one that led to numerous family exchanges and visits that have lasted through generations. Dick began procuring and delivering much-needed dental equipment to poverty-stricken parts of Mexico.

Dick cherished his time as a Gopher and supported the U of MN by holding season tickets for multiple sports over the last 56 years. Always active and competitive, he organized a never-ending stream of contests and tournaments. Dick excelled at golf, cards (cribbage, bridge, hearts, Tripoly, and 31), and board games (Blokus and Risk). He and his first wife, Peggi, were National Bridge Champions. He was co-founder of the Fremont Avenue Jogging Club, a group that never actually jogged, but which held epic parties and camped together.

Tapping into his southern Minnesota farming roots, Dick enjoyed growing raspberries and vegetables, and he loved giving them away even more. His true happy place was the cabin, Pinehurst Lodge, where he hosted raucous gatherings for an extensive network of family and friends. It was a place filled with laughter, prize-money games, fabulous food, a refrigerator full of Coke, a candy drawer with York Peppermint Patties and Nut Goodies, and massive bowls of popcorn. He was always in the thick of the action, wrapping each day up in a bow of warmth, camaraderie, and love.

He married Peggi Bulger – his high school sweetheart – in 1963, beginning a 42-year partnership that ended with her untimely death. With his second wife, Mary Litwinczuk, he found renewed joy in starting a second act. During their eight years of marriage, he and Mary traveled to six continents, 34 countries, and all over the US, visiting friends and family. They found new adventures and made even more friends along the way.

Sober for 40 years, Dick immersed himself in the recovery program and provided wisdom, loving support, and compassionate guidance to countless people in need.

No one loved a party more than Dick, and we will have a real doozy of a Celebration of Life when it is safe to gather. In lieu of flowers, the family asks that you talk to a waitress and find out her name, encourage someone who’s struggling today, and do your best to get your money’s worth out of your own precious life. So many people shared an adventure with the one-and-only Dick Brimacomb, who lived every day with fun, enthusiasm, positivity, strength, and grit. We love you, Dick/Dad/Boppa.