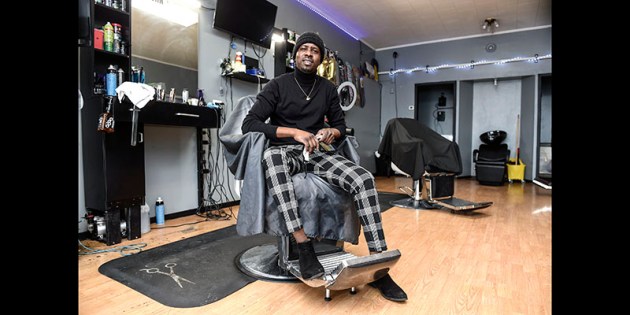 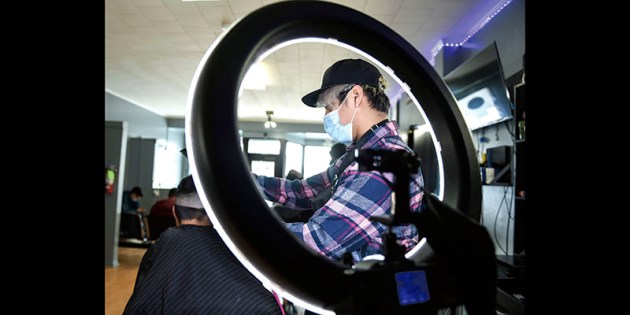 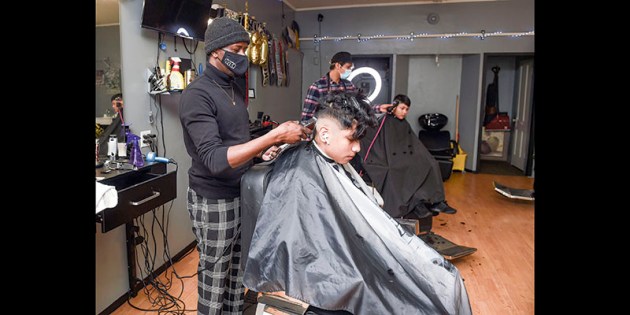 Ojuoti John along with Jesse Alejo have been able to remain busy since opening Gentlemen’s Fade in Austin. Eric Johnson/photodesk@austindailyherald.com 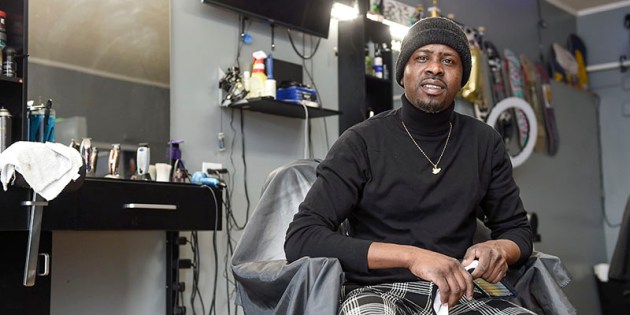 Ojuoti John took a risk in opening Gentleman’s Fade in Austin during a pandemic, but he’s said it’s been working out with plans for the future. Eric Johnson/photodesk@austindailyherald.com 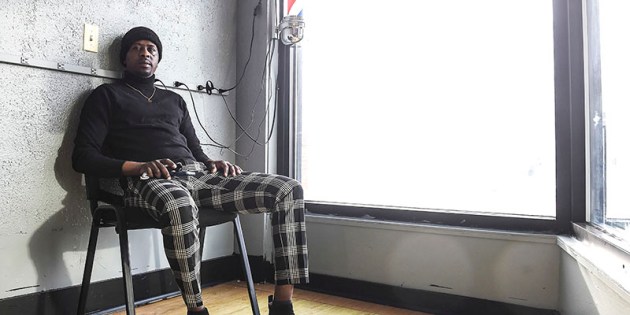 When Ojuoti John first stepped into barber school, he knew he found his true calling. It was only natural he would end up opening his own barber shop. 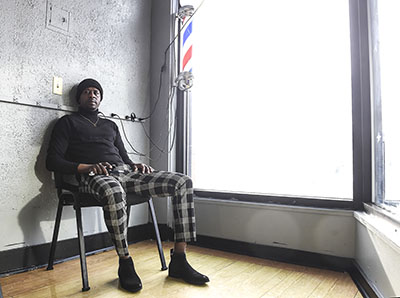 Ojuoti John sets sights on being a bright point for business on Fourth Avenue. Eric Johnson/photodesk@austindailyherald.com

Originally from Sudan, John migrated to the United States in 2004. He first came to Austin in 2010 and worked for Quality Pork Processors. He left Austin in 2012 and moved to St. Cloud, where he tried to find something for him.

“I was going from job to job and I was cutting the hair of some kids,” he recalled. “One of the kids’ parents said, ‘You’re good. You can cut hair professionally.’ I said okay, but I never took it seriously. Then I saw a barber school open up, so I walked in and asked for some information and they gave me what I needed, so I started with them.”

It was the right move for John, who has been a barber since 2017.

“I found home when I stepped into the barber school,” he said. “From there, that was it.”

In March 2020, John returned to Austin and took a job with Hormel. But his ultimate goal came to fruition on Oct. 3 when he opened the doors to Gentlemen’s Fade Barbershop on Fourth Avenue Northeast.

“(Austin) is nice to be in,” he said. “When I first moved here in 2010, I envisioned that I wanted to be here. I told my wife the first day of (barber) school that we were going back to Austin to open a shop, and that’s something I had been looking forward to since then.”

The name “Gentlemen’s Fade” is a nod to John’s former employer.

“I worked at a shop called Southern Gentlemen’s Barber Shop,” he recalled. “The owner is from Dallas, Texas; he’d been a good friend of mine for a while. He opened a shop and invited me in. I saw how he was treating the community and talked to the kids and I wanted to be like him; I wanted to talk to kids and tell them what’s wrong and what’s right. I got involved there and I was happy with the results. I came up with the name after that shop. It’s because I’m a gentleman to anybody; I like to treat people with respect and being a gentleman is part of that. That name tells a lot.”

Upon initially opening, John was not sure what to expect, particularly in the midst of a pandemic. But in true Austin form, the city welcomed the new business.

“The city is showing it a lot of love,” he added.

John and his two employees each have their specialty styles; John says his specialty is the ball fade and tapered cuts. The shop is not just for male clientele, and John is hoping to get a woman stylist to work at the shop.

Ultimately, John wants people, particularly kids, to have a place in town where they can get their style without having to travel.

“That’s one thing I wanted to give to the kids,” he said. “Kids sometimes see a style on Instagram, but they can’t get it unless they go to the Cities.”

US hiring stayed solid in September as employers add 263,000