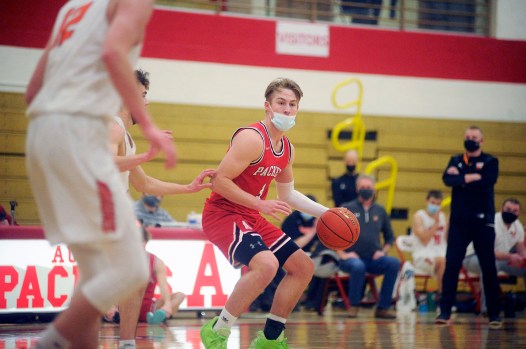 Teyghan Hovland controls the ball for the Packers. Rocky Hulne/sports@austindailyherald.com 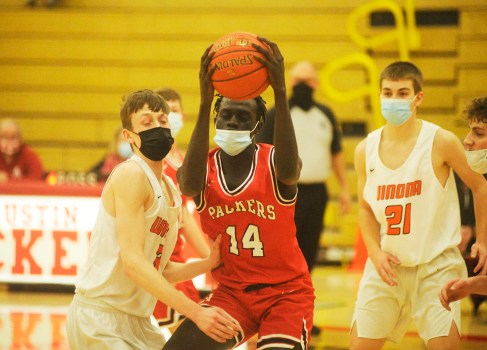 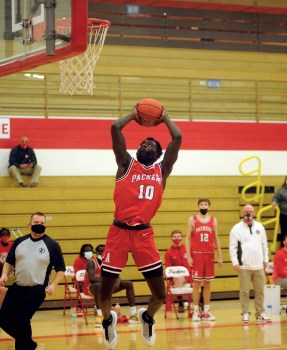 Austin’s Emmanuel Manyuon goes up for a jam to end the game against Winona in Packer Gym Tuesday. Rocky Hulne/sports@austindailyherald.com 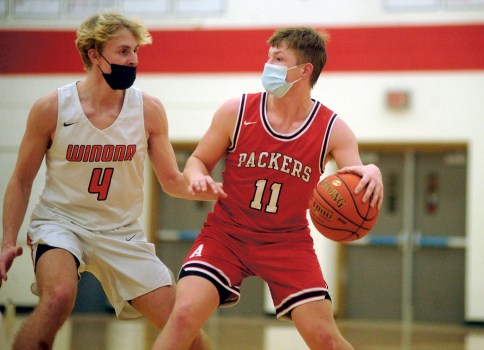 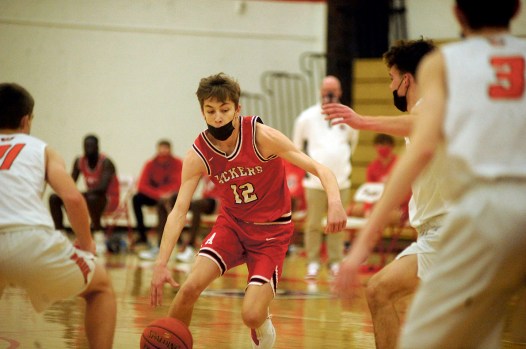 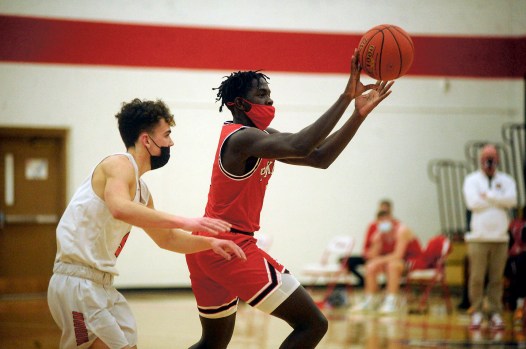 The Austin boys basketball team may have struggled to find their jump shots after an eight day lay-off, but they still had their defense as they thwarted a late Winona rally to beat the Winhawks 41-35 in Packer Gym Tuesday.

Winona (4-6 overall, 4-6 Big Nine) put together a 14-point charge over seven minutes to creep within 37-35 with under a minute left. Austin finally sealed the win when Victor Idris blocked Winona’s Max Maxwell on a wing three-pointer with 15 seconds left and Tegyhan Hovland knocked down two free throws to put Austin up 39-35 and ice the game.

Maxwell had just recently hit a three to pull the Winhawks within 37-33 with 1:52 left.

Idris, who had four points, five rebounds and three blocks, spotted Maxwell on the wing and was able to sprint out and tip the shot to preserve the win.

“They already ran that set and they kept running it most of the game,” Idris said. “I just kind of reacted to it. I always block shots when I get there.”

Austin (7-2 overall, 7-2 Big Nine) trailed 6-0 to start the game, but it controlled the pace for the rest of the first half. The Packers led 34-17 early in the second half. Things went south in the final 10 minutes of the game as the Packers didn’t connect on a field goal until Emmanuel Manyuon threw down a dunk to end the game.

“We either turned it over or missed a three. We just didn’t get to the basket enough. We struggled offensively, no question about it. We had a tough shooting night and we survived it,” Austin head coach Kris Fadness said. “We held them to 35 points and that’s nothing to complain about. We don’t have the depth in scoring that we’ve had in the past. I could play some JV kids and that would help our scoring, but at what cost defensively?”

Manyuon finished with 17 points, four rebounds, three assists and four steals for the Packers, who have now held eight of their nine opponents under 60 points. Northfield’s 63 points are the most allowed by the Packers all season.

“We had to stay confident and we had to keep our composure,” Manyuon said about the final stretch against Winona. “We know defense wins the game and we’ve got to stay locked in no matter what. Every game is a must win and we came out like any other game.”