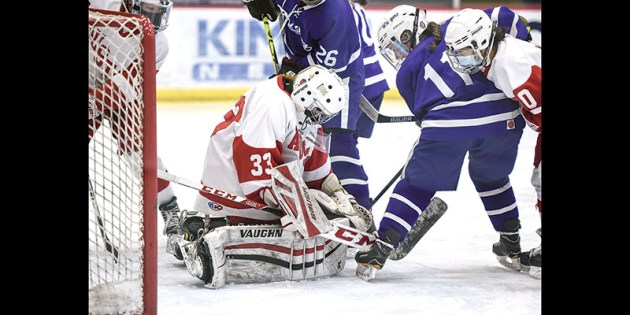 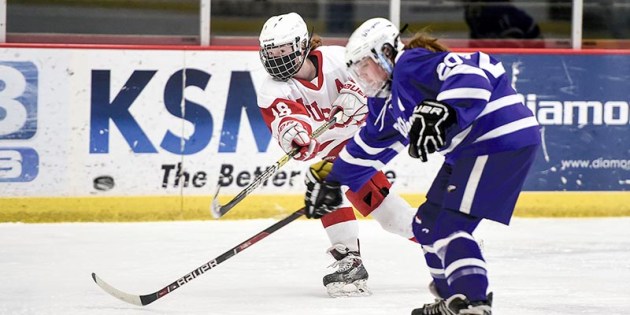 Austin’s Samantha Krueger sends the puck toward the net in the first period against Red Wing Thursday night at Riverside Arena. Eric Johnson/photodesk@austindailyherald.com 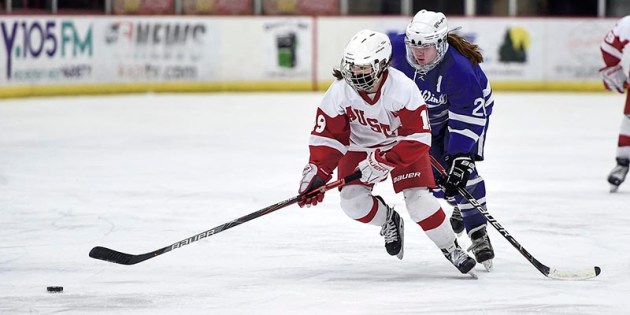 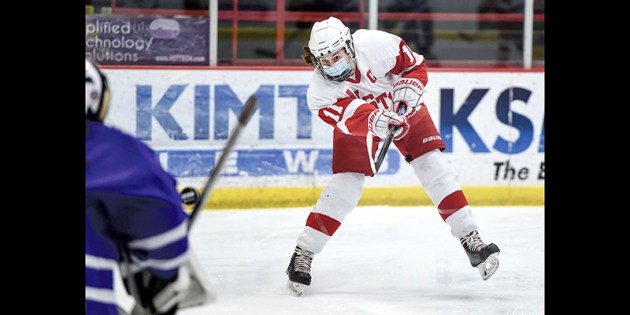 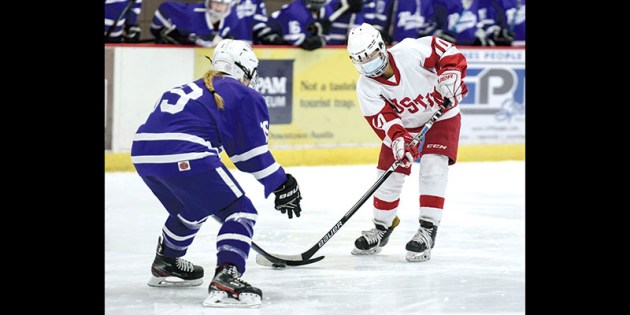 Austin’s Sarah Wangen goes one on one against Red Wing’s Allison Kruger during the first period Thursday night in Riverside Arena. Eric Johnson/photodesk@austindailyherald.com 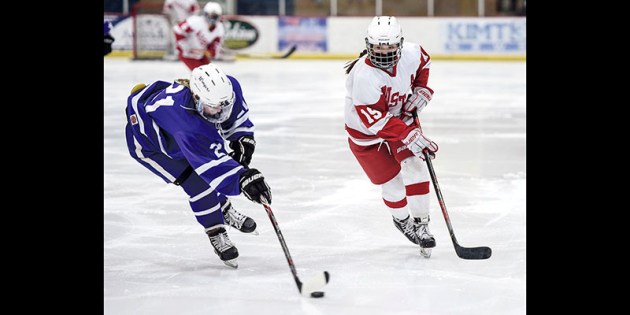 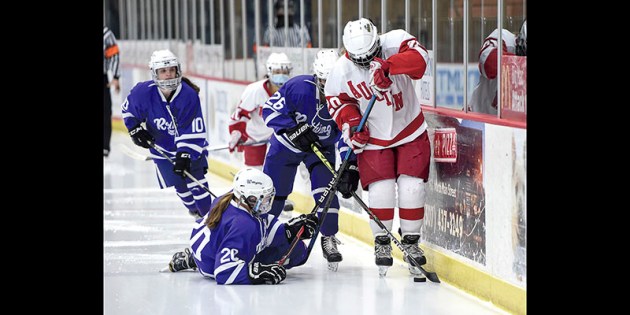 Austin’s Kate Holtz tries to play the puck against the boards while under pressure against Red Wing Thursday night in Riverside Arena. Eric Johnson/photodesk@austindailyherald.com

The Austin girls hockey team is looking to find a spark and time is running out.

The Packers dropped a game that could have a big impact on Section 1A Tournament seedings when they lost to Red Wing 5-3 in Riverside Arena Thursday.

The game was a back-and-forth contest throughout, but the Wingers had more in the tank in the final seven minutes.

Austin’s Sarah Wangen, who scored two goals, was able to contort her body and flip the puck into the net to tie it up at 3-3 with just under 10 minutes left in the game, but the Wingers (3-6 overall, 3-6 Big Nine) took the lead for good when Scout Copeland a power play goal with 3:08 left in the game.

“It’s a little upsetting,” Wangen said of the loss. “We knew pretty well that we were good enough to win this game, but we came out pretty slow and that’s a little bit frustrating. It was good to even it up once they scored and we tried to get the momentum back.”

The Packers (5-5-1 overall, 5-5-1 Big Nine) had responses for Red Wing in the first and second periods as Lexi Stich hammered home a rebound for a goal to make it 1-1 in the first and Sarah Wangen scored on a five-on-three power play to tie the game at 2-2 late in the third period.

Austin head coach Troy Holtz was hoping his team could get off to a better start.

“I think Red Wing worked awfully hard. Their kids moved faster, worked harder and I just think they were a hungrier team than us tonight. At the beginning, we were really sluggish. The passing wasn’t crisp and we couldn’t see the open play, because we were skating with our heads down,” Holtz said. “We needed to play from in front and not from behind. We haven’t had a lot of gritty goals this year and we had three gritty goals tonight, but as a team, from the back to the front, we just didn’t come out and play a really solid game.”

Albert Lea and Rochester Lourdes are likely to have the top two seeds in the Section 1A Tournament, but Austin and Red Wing are battling for the third seed and a first round home game.

“Most likely it’ll be us and them for the same position,” Holtz said. “We lost the first game, but we have a second game with them and hopefully we can correct some of the damage.”

The Packers have just one win in their last seven games, and they have three games over the next four days.

Wagnen said the Packers will have to find the motivation to play hard every time they take the ice.

“It’s a COVID season, so you never know if you’re going to play tomorrow,” she said. “One person could get COVID in the locker room and your season could be done. I think we just have to wake up and be grateful we get to play.”