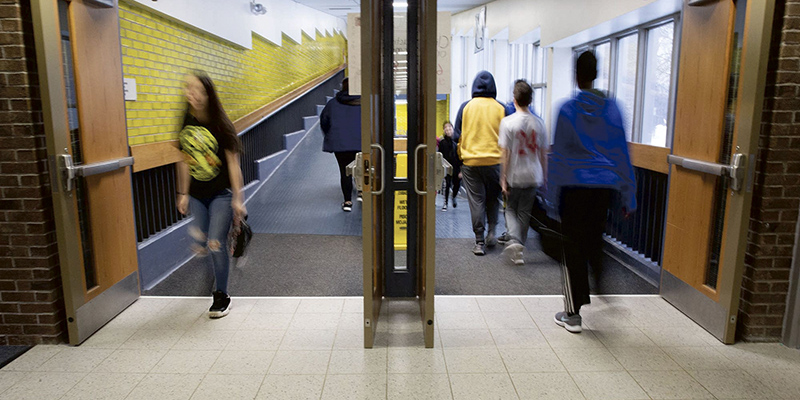 More people die in school shootings where an armed officer is present than when there isn’t, according to a new study published Tuesday that adds a surprising element to the conversation about whether school resource officers make schools safer.

The study, led by Hamline University criminal justice professor Jillian Peterson and published in the JAMA Network, examined every K-12 school shooting case spanning 40 years — 20 years before the Columbine massacre and 20 years after.

The research looked at 133 shootings where one or more people were intentionally shot in a school building or where someone came to school armed with the intent of firing indiscriminately. The study found that there were three times as many people killed when there was an officer on the scene who was armed.

“One argument has consistently been that if there was a school shooting you want the school resource officer there, but what this study says is not necessarily,” Peterson said. “It was actually the number one predictor of the increase in casualties after the presence of an assault rifle.”

School resource officers have been a topic of discussion in recent months as the country reckons with public safety and racial justice issues in the wake of the George Floyd killing at the hands of Minneapolis police officers.

Many school districts have severed ties with police departments, as opponents say the presence of SROs contributes to the arrest and criminalization of students of color, while proponents say they provide safety from outside intruders.

But Peterson said it’s important to note that research shows perpetrators tend to be students in the school who are suicidal, which she continued is “really different than how we think about school shooters as the scary outsiders that come in an unpredictable way.”

The research focused on the correlation between deaths and injuries and the presence of armed officers. Researchers don’t know exactly why the presence of school resource officers increases the risk of injury and death.

But Peterson said she has a few theories.

“If you’re actively suicidal that could actually not be a deterrent to you it might even be an incentive,” she said. “We also know if perpetrators are going into a school where they know there is an armed officer they might do things like bring more weapons or have more of a plan. “

The authors of the study hope the data adds to the debate about school resource officers, how they’re trained and what their role should be.