Let the good times “role:” Glue guys step up in win for Austin 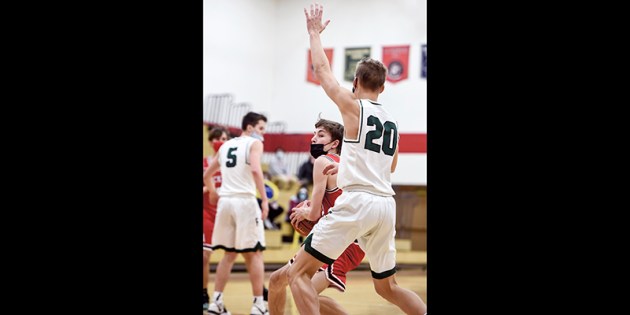 Austin’s Jordan Randsom dips inside against Fairbault’s Ian Ehlers during the first half Friday night in Packer Gym. Eric Johnson/photodesk@austindailyherald.com 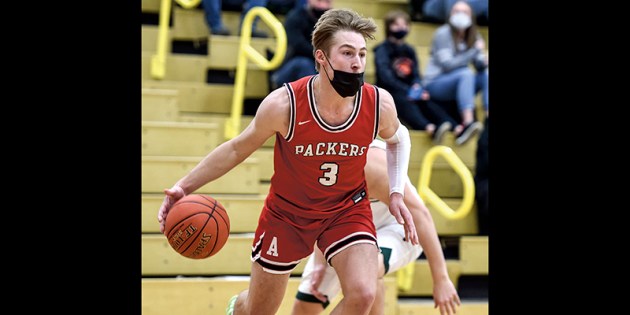 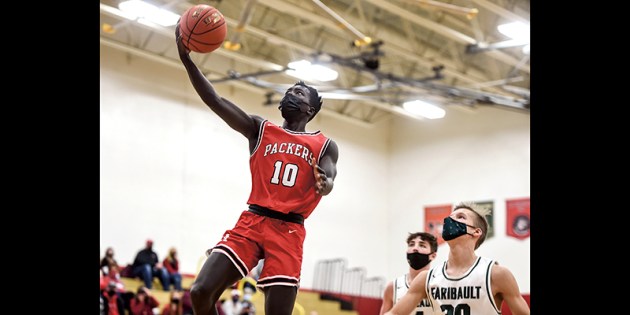 Austin’s Emmanuel Manyuon heads up for two off the break against Faribault in the half Friday night in Packer Gym. Eric Johnson/photodesk@austindailyherald.com 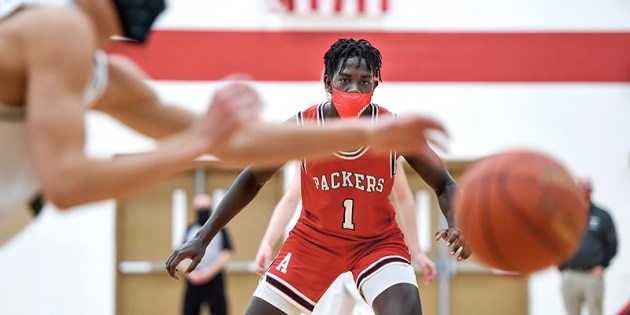 Austin’s Okey Okey tracks the ball during the first half against Faribault Friday night in Packer Gym. Eric Johnson/photodesk@austindailyherald.com 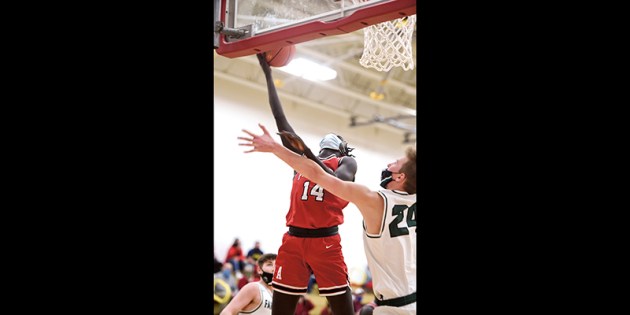 Austin’s Dieth Duop with a shot from the post during the first half against Faribault Friday night in Packer Gym. Eric Johnson/photodesk@austindailyherald.com 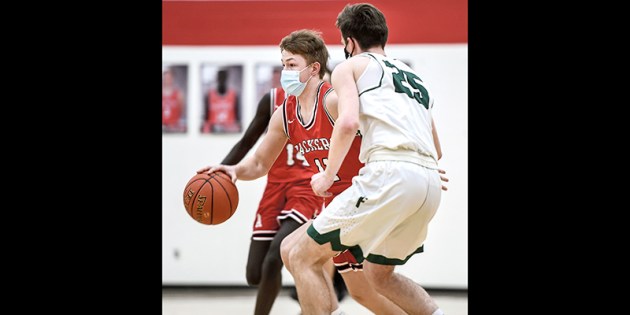 Austin’s Gage Manahan cuts across the lane early in the first half against Faribault Friday night in Packer Gym. Eric Johnson/photodesk@austindailyherald.com

Austin senior Dieth Duop may not score a lot of points for the Packer boys, but he’s established himself as a glue guy who does the little things. He continued to do that for Austin as it beat Faribault 68-29 in Packer Gym Friday.

Duop scored six of Austin’s first 10 points and then he did what he does best as he virtually turned into an offensive lineman on a basketball court.

“I’m just trying to do what I’ve got to do to help the team win. It’s a lot of hard work,” Duop said. “I’m the guy that tries to do all of the dirty work that nobody else wants to do. I’m diving for the ball, getting down on the ground and boxing out all of these big guys so Teyghan (Hovland) can grab the easy rebounds.”

Austin head coach Kris Fadness said that his energy was great against a Faribault team that was coming off a two-week quarantine without any practices.

“I think Dieth’s gotten better as the year has gone on,” Fadness said. “He’s found where he can have his success. His role isn’t to score points, his role is to bring some energy, play great defense, rebound the basketball, help other guys get shots, and then he’s presented the opportunity to take advantage of it. We’re happy with Dieth, he’s been a true team player.”

The Packers (10-2 overall) scored the first 14 points of the game and the Falcons (1-9 overall) never got closer than 13 the rest of the way. Austin senior Okey Okey got the Packer bench on their feet when he threw down a one-handed breakaway jam in the second half for his first ever dunk.

Okey, a senior who had 13 points, five rebounds, four assists and two steals, said he never had a doubt that he would put down the jam. Mostly, he was excited to get a lot of court time with Duop, Hovland and fellow seniors Jordan Ransom and Casey Berg.

“We’ve been with each other since the elementary days and we have great chemistry together,” Okey said. “Dieth has been working hard for us and if he continues to do that, he’ll help us out a lot.”

Ransom finished with five points and two rebounds and was glad to get a chance to impact the game. He was one of the defenders who helped hold Faribault’s John Palmer to 11 points after Palmer had scorched the Packers for 34 in an 82-44 Austin win on Ja. 19.

“I always work as hard as I can on defense. That’s where I take pride,” Ransom said. “I try to set up Okey, Teyghan and the other guys on offense. I like to do that.”

Since the Big Nine is only counting the round of games towards conference standings this year, Mankato West has already won the Big Nine title. Austin, which has now won five straight games, finished in second place in the conference and the Packers handed the Scarlets their only loss of the season when Austin beat West 61-52 on Jan. 23.