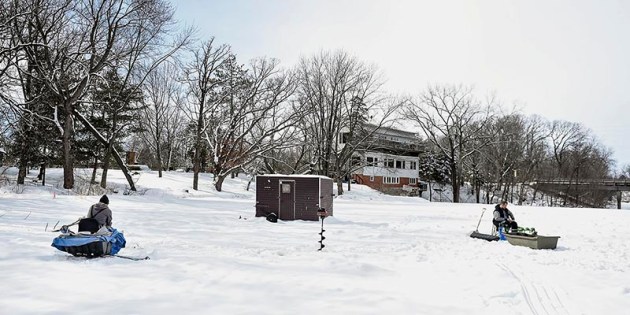 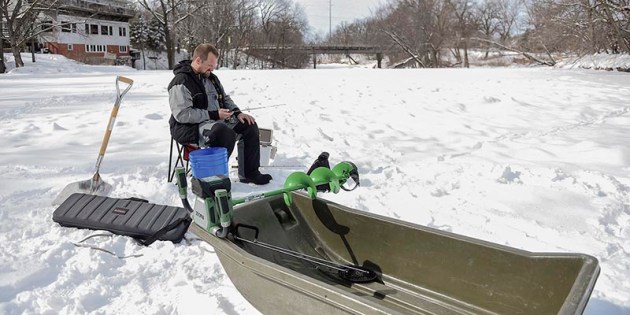 James Fett fishes just up from the dam on the Cedar River during the fishing contest fundraiser with Paul Hunter Monday for Paint the Town Pink. Eric Johnson/photodesk@austindailyherald.com 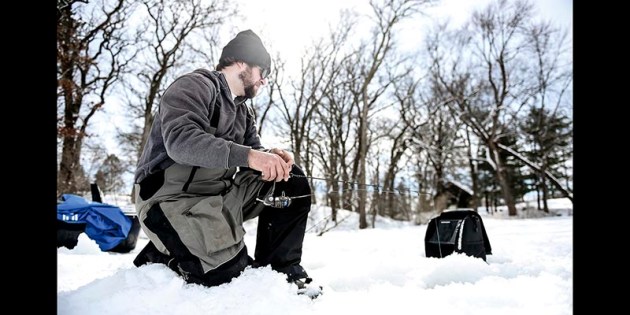 Paul Hunter watches his line on the Cedar River Monday during a fishing contest fundraiser with James Fett. Eric Johnson/photodesk@austindailyherald.com 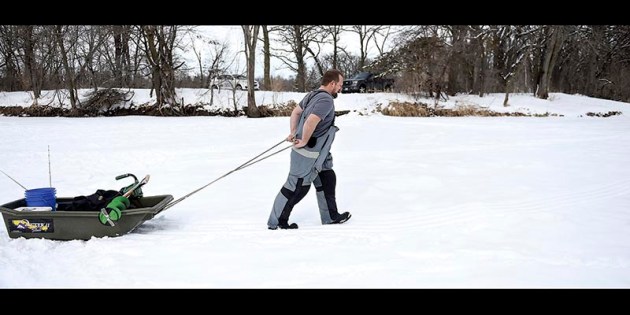 James Fett packs up and moves to a new fishing hold during the fishing contest fundaiser against co-worker Paul Hunter on the Cedar River Monday. Eric Johnson/photodesk@austindailyherald.com 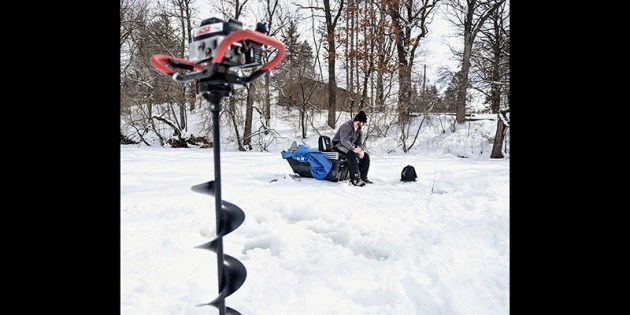 Paul Hunter monitors a hole on the Cedar River Monday during a fishing contest fundraiser with James Fett. Eric Johnson/photodesk@austindailyherald.com 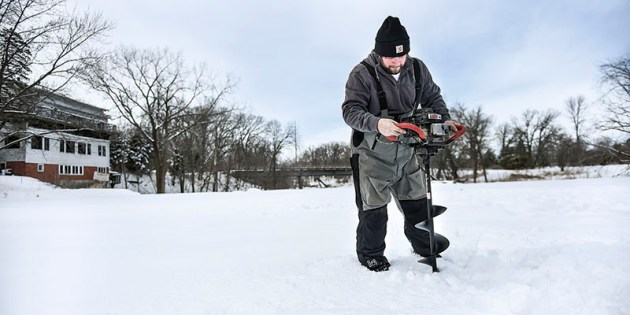 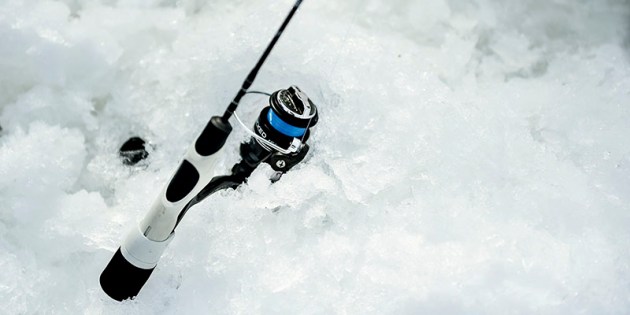 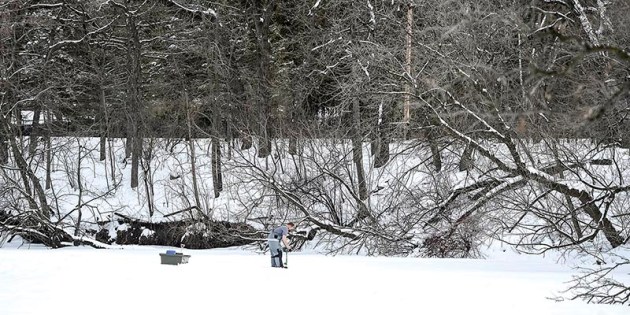 James Fett drills a new hole in the ice on the Cedar River just above the dam behind The Old Mill Monday during his fundraising fishing contest with Paul Hunter. Eric Johnson/photodesk@austindailyherald.com

They only caught six fish total — but the fish were only secondary to the real reason the duo were taking part in their fishing contest.

At the end of the day, the two had raised a total of $2,505 for cancer research at The Hormel Institute.

“I think it’s very impressive to see that total of donation,” Fett said. “We far surpassed our first goal of $225 and surpassed our goal of $2,000. It’s a really big success and it was nice that we caught some really nice fish.”

Both Fett and Hunter have had the tragedy of cancer affect their families. Fett lost his mother-in-law, Pat McNab, in 2016, while Hunter lost a grandfather to cancer and has two breast cancer survivors in his wife Brittany’s grandmother, Dorothy Walter, and aunt, Leanne Morris.

To see the amount of money raised in a relatively short amount of time was inspiring for Fett and Hunter.

“It’s unbelievable how generous people are,” Hunter said. “For our competition and such a small part we did, people really stepped up huge.”

In years past, money was raised through Fishing for a Cure, a popular fundraiser as part of Paint the Town Pink, but as COVID-19 upset everything and forced the cancellation of many of the events, Fett and Hunter saw an opportunity to still contribute to the cause.

Not only did the two raise money for PTTP, they also got some good fishing in, resulting in a tie. Fett ended up with one northern pike and two crappies while Hunter brought in two northern and one crappy.

While the longest pike was 17.5 inches, the contest largely ended in a tie and both men were okay with that.

“We did pretty well,” Fett said.

While the contest is over, the fundraising will continue through the end of the month on Sunday.

Check donations can be made to “The Hormel Institute” and mailed to the Cedar River Watershed District, 1408 21st Ave. NW, Austin, MN 55912. Contact CRWD outreach coordinator Tim Ruzek at tim@mowerdistrict.org or 507-993-2518.