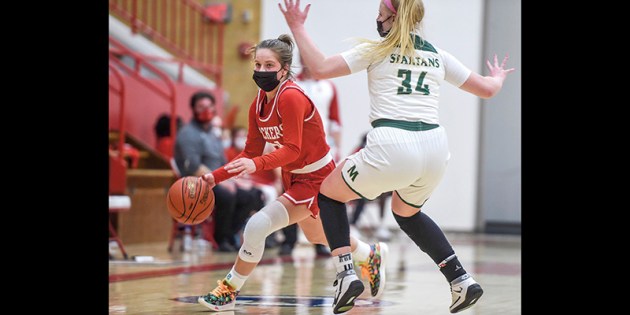 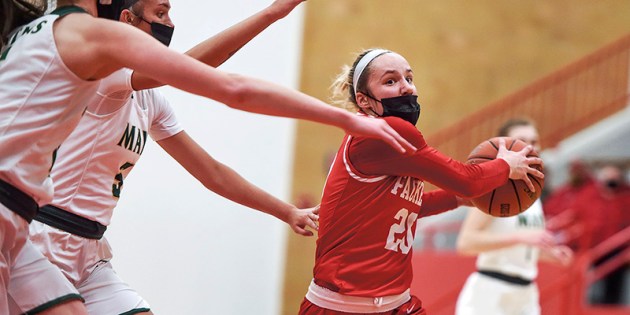 Austin’s Elyse Hebrink drives during the first half against Rochester Mayo in February. Herald file photo 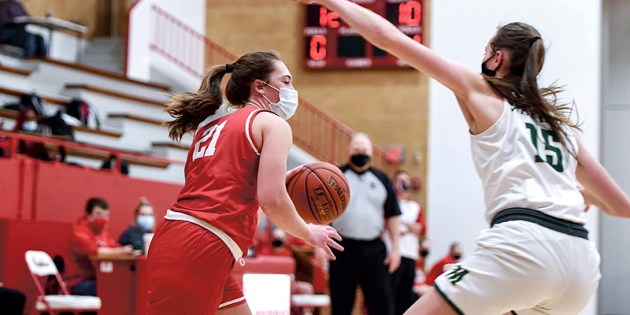 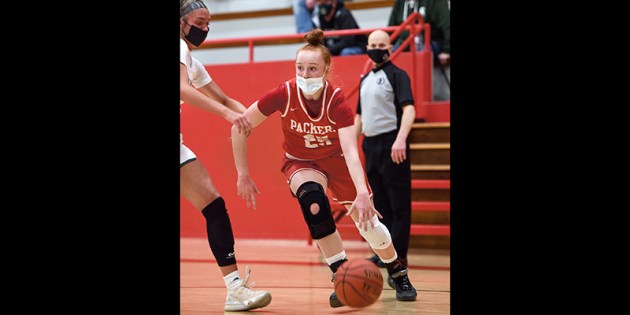 Austin’s Cassidy Schute drives off the perimeter during the first half against Rochester Mayo Friday night in Ove Berven Gym. Eric Johnson/photodesk@austindailyherald.com

The Austin girls basketball team was out-sized and out-experienced, but the Packers refused to be outworked as they lost to Rochester Mayo 77-60 in Ove Berven Gym Friday.

Austin (7-3 overall, 5-3 Big Nine) started the game on a 9-0 spurt as Emma Dudycha and Cassidy Shute connected on early threes in the first two minutes, but the Spartans (11-0 overall, 10-0 Big Nine) had a big response to get back in it. Mayo’s 6-foot, three-inch center Anna Miller, who has committed to Drake University, scored 21 of her 27 points in the first half to put the Spartans up 16 at the break.

While Miller’s scoring output was big, Austin junior Reana Schmitt did a commendable job defending her, despite being undersized. Schmitt never backed down on her effort as she finished with seven points and 13 rebounds.

“I had a huge job all night. I could never let up or, or she probably would’ve dropped 50 on us,” Schmitt said. “She’s going DI and that’s a pretty big thing and if I could get any stops on her that would mean a lot. This was a big confidence booster for me, because (Miller) is a great player.”

Austin head coach Eric Zoske said that he was pleased with Schmitt’s effort on defense and he liked what his team showed him in the second half as they scored the first five points of the second frame to get within 48-37. Mayo didn’t break open the game until the final 10 minutes.

“I’m really proud of these girls. They’re going against a Mayo team that is loaded with seniors and they have five girls who are six-foot or taller. They have an unreal lineup,” Zoske said. “When you play a team like Mayo, you either fold or it makes you better. I felt like we grew a lot. I just love the way that we battled to the very end. That second half was our best half of the season. Mayo is going to contend in Class AAAA.”