Front-line food plant workers up next for COVID-19 vaccine 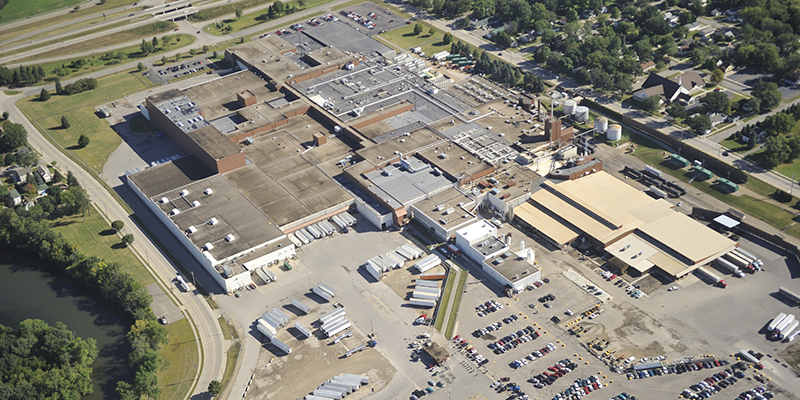 Workers at Minnesota’s food processing plants — hit hard by coronavirus early in the pandemic — will be among those next in line to receive the COVID-19 vaccine.

Gov. Tim Walz and Health Commissioner Jan Malcolm announced on Thursday that the next wave of people set to receive the vaccine will be those with certain high-risk health conditions, plus targeted essential workers — specifically, the 45,000 workers at the state’s food processing plants. Vaccinations of those groups are expected to begin in April.

Meat and poultry processing plants were at the epicenter of some of the earliest COVID-19 outbreaks in communities in central and southern Minnesota. Hundreds of workers at plants in Worthington, Cold Spring, Melrose and Long Prairie tested positive, and some of the plants briefly shut down to contain the virus’ spread.

“Around the country and here in Minnesota, these were some of the largest and most severe outbreaks that we saw,” said Malcolm. “And we know that the population working in these plants are significantly BIPOC community members and people living in multigenerational households.”

She added that Minnesota’s food processing sector is important to the food supply of the entire nation.

The companies that own those plants say they’re ready to help vaccinate their employees. But until now, Minnesota’s vaccine rollout has focused on people age 65 and older, health care workers, residents and staff of long-term care facilities and teachers and child care workers.

Unions representing workers at meatpacking plants say they understand why those groups received top priority, but they’ve also been frustrated by the wait.

“We all had the understanding that once the vaccine was going to be made available, essential workers would be included in receiving this vaccine,” Lisa Thoma, a union steward at the JBS USA pork processing plant in Worthington, said earlier this week. “Obviously, we were not able to do our jobs from home. We have been out in front of this from the beginning.”

Meatpacking plants became hotspots in part because of the large size of their workforce, close working conditions and shared common areas such as cafeterias and break rooms.

In April of last year, President Donald Trump signed an executive order compelling meat processors to remain open to protect the nation’s food supply chains. The plants adopted safety precautions, such as additional sanitation, providing personal protective equipment for workers and in some cases, erecting physical barriers between workers on the assembly line.

“They’ve been there since the very beginning,” said Jennifer Christensen, president of the United Food and Commercial Workers Local 1189 union, which represents workers at Long Prairie Packing and other Minnesota plants. “They’ve kept working. They’ve made sure that folks have gotten food and kept the processing going.”

“You’re still in a place where there’s hundreds of people coming every day,” Christensen said. “They do the safety checks. People wear masks and face shields and change their masks regularly, and there’s dividers in the lunch rooms. But I think people are still concerned, if not for themselves, maybe for their family members.”

Matt Utecht, president of UFCW Local 663, which represents workers at the JBS plant in Worthington, called the governor’s announcement a “strong step” to ensure that essential workers have the vaccine access they need to stay safe.

“Minnesota essential workers on the front lines in grocery stores, meatpacking plants and food processing facilities continue to face the daily risk of COVID-19 exposure,” Utecht said Thursday. “Every day of the pandemic, these brave workers have put their own health at risk to feed Minnesota families.”

Antonio Jimenez is a 26-year employee of the JBS plant in Worthington. He contracted COVID-19 last April and said he still feels lingering effects.

Jimenez said he’s glad meatpacking workers will be able to get the vaccine in April, but wishes it would be sooner.

“I’m just waiting, and it’s too long to wait,” he said. “I really was expecting to get it sooner than this.”

Companies that operate food processing plants have been pushing for their workers to get the COVID-19 vaccine. Some are seeking to have on-site vaccinations at the plants, Malcolm said.

Nikki Richardson, spokesperson for JBS USA, said the company has the capability to manage mass vaccinations at its plants or at another location off site. It recently vaccinated about 700 workers at a pork facility in Illinois, she said.

In central Minnesota, Stearns County emergency manager Erin Tufte said the county will be working with its two major food processing plants, Jennie-O Turkey in Melrose and the Pilgrim’s Pride poultry plant in Cold Spring, along with health provider CentraCare to plan for vaccinating plant workers.

Tufte said there are advantages to doing on-site vaccinations, because it’s more accessible for people who have transportation or child care issues.

“If we’re able to do it on site where they’re already working, it’s one less barrier to being able to access the vaccine,” she said.

Projected $1.6B surplus shoves aside deficit