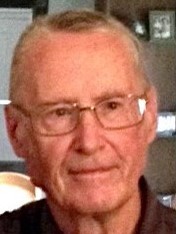 Dr. Carter graduated from Pacelli High School in 1964, Austin Community College in 1967, and Illinois College of Podiatry in 1972. He moved to Hutchinson, KS in 1975 and opened Carter Podiatry Center in South Hutchinson, until his retirement. Dr. Carter was involved in the Sky Ryders Drum and Bugle Corps, and enjoyed golfing and attending high school sporting events. He was a member of Church of the Holy Cross, Hutchinson, and was faithful in reciting the rosary daily.

He was preceded in death by his parents and a brother, Don Carlos Carter.

Graveside service will be at 1PM on Thursday, February 18th at Calvary Cemetery, Austin, MN, with Fr. James Steffes officiating.

Parish Rosary and Mass of Christian Burial were held Saturday, February 13, 2021, at Church of the Holy Cross, Hutchinson, KS.

In lieu of flowers, memorials are suggested to Church of the Holy Cross, in care of Elliott Mortuary, 1219 N. Main, Hutchinson, KS 67501