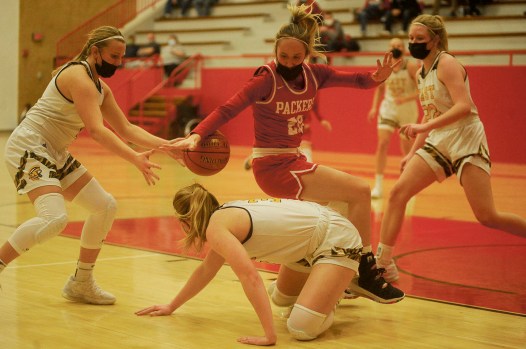 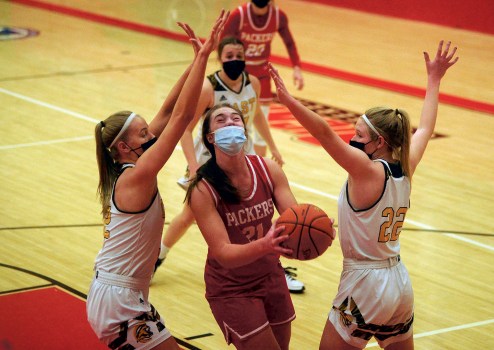 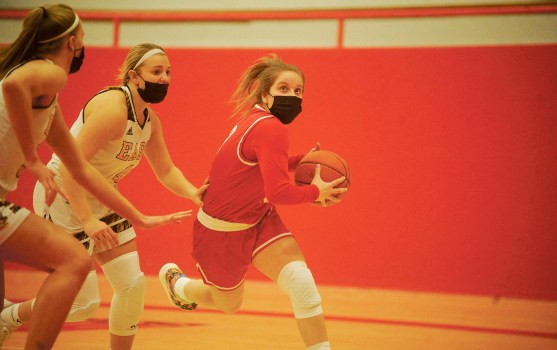 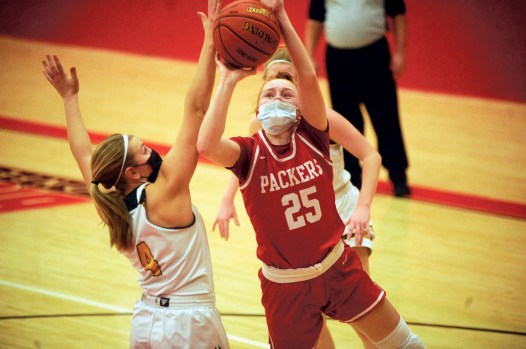 The Packers had their chances, but they couldn’t make the big play down the stretch as they lost to Mankato East 59-57 in a girls basketball game in Ove Berven Gym Friday.

Austin junior Reana Schmitt had a big night in the paint against East’s Lexi Karge as Schmitt put up 19 points, nine rebounds and three steals. Karge was able to put a halt to Schmitt’s momentum when she blocked Schmitt on a post move to preserve the Cougars’ 56-52 lead with 1:05 left in the game.

Schmitt has been picking up her play every single night in her first season of varsity basketball.

“A lot of it comes down to confidence and believing in yourself to make the right decisions,” Schmitt said. “I just had to be physical and push around and box out.”

Austin head coach Eric Zoske challenged Schmitt at halftime to get aggressive, and she gave it her all down the stretch.

“There’s a lot of coaches who didn’t know about Reana yet, and I wanted her to have a breakout game against one of the best in the conference,” Zoske said. “She needs that self confidence that she’s just as good as any post player in the conference and we have a lot of good post players in the Big Nine. She’s only going to get better. She had flashes tonight against a really solid player in Lexi Karge.”

East hit 10 threes in the game, while the Packers hit just two threes.

“I just feel like we didn’t play our ‘A’ game and we missed out on some energy and opportunities on offense,” Zoske said. “We had some open shots from players that we wanted to shoot, but we just didn’t get to that maximum level that we’ve shown so far this year.”

Olivia Walsh hit a three-pointer as time expired to bring Austin within two.

Schmitt said Hebrink’s effort, and the team’s competitiveness gave the Packers something to feel good about.

“They’re a very good team and we only lost by two, I think we can be happy for that,” Schmitt said. “Elyse is the GOAT and she’s the best senior ever.”