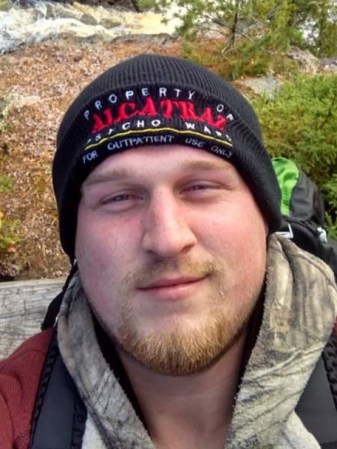 On Wednesday, February 17th, 2021, Cody Kapaun lost his battle with Acute Myeloid Leukemia at the age of 32.

Cody was born on June 25th, 1988 in Albert Lea, Minnesota to Kimberly Hallman and Ronald Kapaun. Cody attended various schools in the area. Cody spent the majority of his career as a cook, while he spent time in many kitchens he is most known for his cooking at the former Langtry Cafe, and most recently at Kenny’s Oak Grill. On September 25th, 2010, he married Samantha Bjorgo. They gave birth to one son, Thomas, in February 2014.

Cody was not one to spend much time sitting still, unless it involved video games or watching his Kansas City Chiefs. He enjoyed the outdoors, whether he was hunting, hiking, camping, disc golfing, longboarding, or just spending time outside with his son. Cody backpacked almost the entire Superior hiking trail, as well as Isle Royale. He was a devoted husband, father and friend. He was known for his care free nature, quick wit and confidence. Cody was diagnosed with AML on April 29th, 2020; he underwent many treatments and procedures with stride. He was determined to do whatever it took to remain with his family. He lost his battle courageously.

Cody was preceded in death by his great grandma and grandpa Corson, his uncle, Thomas Kapaun, and his best friend James Baumgartner.

He is survived by his wife Sam, his son Thomas, his parents Kim and Ron, his brothers Casey and Jared, as well as his grandparents, aunts, uncles and many cousins.

Flowers or donations may be sent to 209 2nd Ave NW, Austin, MN 55912. The family will be planning a reception at a later date.

Masks, hand sanitizing, social distancing, and all MN Dept. of Health Covid-19 protocol will be followed