CineMagic 7 Theatre in Austin to close end of day Sunday 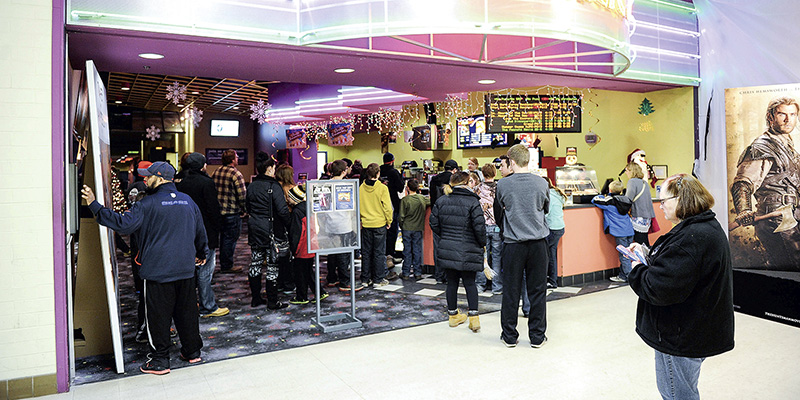 Movie-goers wait in line for “Star Wars: The Force Awakens” in December 2015 at Cinemagic 7 Theatre in Austin. Odyssey Theatres announced Friday that it would be closing Austin’s theater at the end of the day on Sunday. Herald file photo

Odyssey Entertainment announced on Friday that it will be closing CineMagic 7 Theatre in Austin. The closing will take effect at the end of day Sunday, Feb. 21.

In a press release issued Friday, Odyssey Entertainment said the lease for the property matures at the end of February. While Odyssey was hopeful an extension could be worked out to keep the theatre open, the release states that Odyssey was unable to come to a new agreement with the property owner, Hy-Vee.

“Austin has been a great community to do business in,” said Steve Tripp, President of Odyssey Theatres. “We have incurred substantial losses there in the last year alone and just simply can not continue to do so.”

The Herald reached out to CineMagic 7 and Hy-Vee Communications Senior Vice President Tina Potthoff for comment, but did not receive responses by press time.

The Theatre Industry has been hit particularly hard by the pandemic, which has included government shutdowns, congregating concerns and film studios delaying all major releases.

Anyone holding CineMagic passes or gift cards can still use them this weekend or in the future at CineMagic Hollywood 12 Theatres in Rochester.