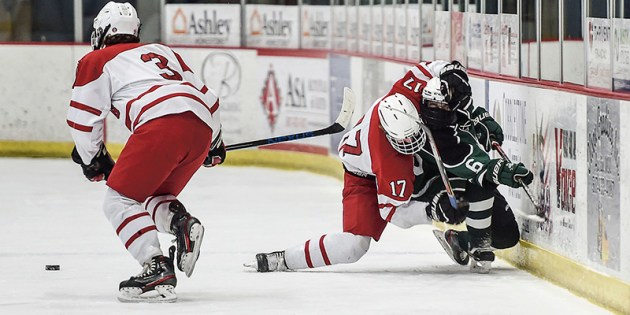 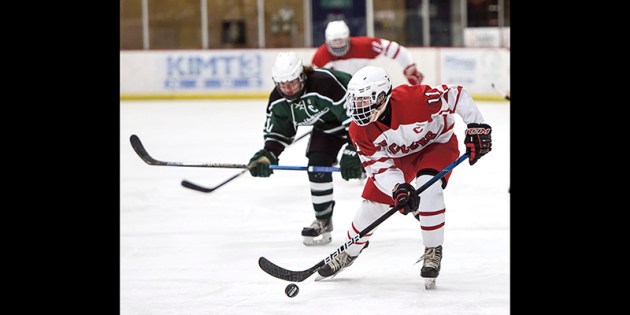 Austin’s Cooper Guttormson looks to pass while bringing puck up the ice during the first period against Faribault Thursday night at Riverside Arena. Eric Johnson/photodesk@austindailyherald.com 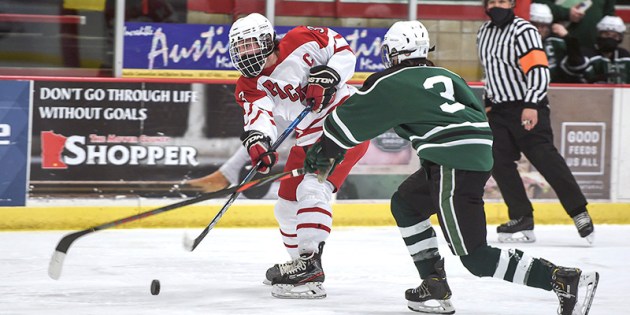 Austin’s Garrett Schaeffer throws a shot towards the net during the first period against Faribault Thursday night in Riverside Arena. Eric Johnson/photodesk@austindailyherald.com

The Austin boys hockey team is still trying to find ways to grow after it lost to Faribault 8-1 in Riverside Arena Thursday.

“It’s a work in progress. It’s basically getting up to speed and learning what it means to play at the varsity,” Austin head coach Jason Merritt said. “It’s a learning experience for us. We’re young right now and we don’t have much experience on defense. We’re getting those guys up to speed.”

The Packers showed signs of puck control in the second and third periods, but it wasn’t enough.

“In short spurts throughout the game, we had times where we contained a little pressure on the offensive zone and bottled them in the neutral zone,” Merritt said. “When we stay out of our defensive zone, we create offense that way.”