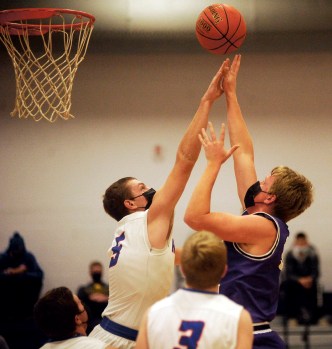 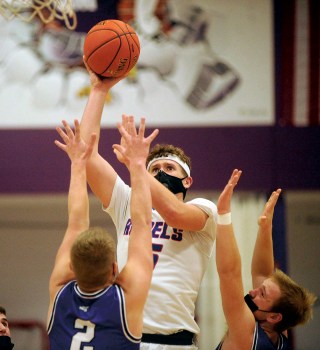 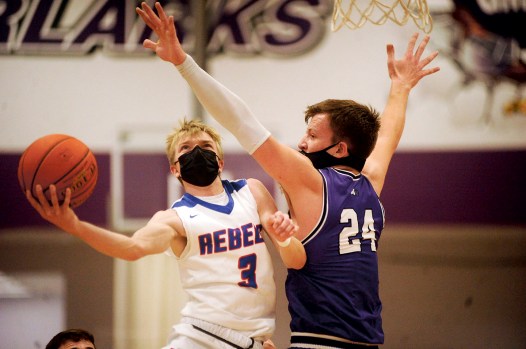 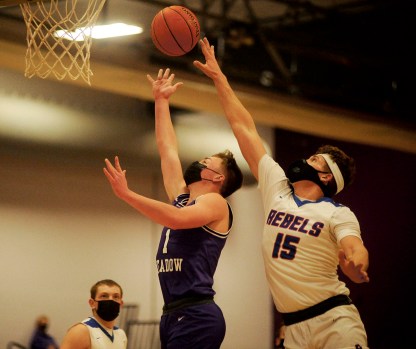 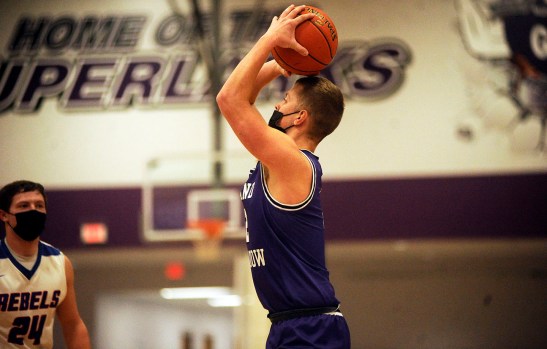 GRAND MEADOW — The Rebels learned exactly how much they trust each other as they erased a six-point second half deficit to beat Grand Meadow 67-63 in GM Monday.

Harrison Hanna, who finished with 17 points, three assists and three steals, had seven points during that rally on a variety of drives to the hoop.

“We’ve been playing ball together since we were in fourth grade and the trust we have in each other is tremendous,” Hanna said. “The big guys were giving me screens and I just kind of read it on whether or not they were over playing me or dropping back. Props to the big guys for grabbing rebounds too. That really helped.”

Dan Boe helped put the game away for the Rebels when he came up with a key blocked shot. He added a 15-foot jump shot on a dish from Ethan Forthun to put the Rebels up 62-56 with 1:20 left in the game.

Boe, who had 10 points and seven rebounds, said he felt plenty confident on the open look.

“They’re a good team and it was our first road game,” Boe said. “We learned that we can play together as a team to beat these kind of teams.”

The Rebels are off to their fastest start since the 2012-2013 season, when Southland won its first seven games before finishing 20-8 overall.

Southland head coach Matt Webber gave his team an hour and a half shoot around on Saturday to prepare for Monday’s contest and was more than pleased with what he saw from the Rebels.

“I thought we did a tremendous job and I thought we played well. When we were down in the second half, I didn’t call a timeout and I thought our presence and how we went about it was great,” Weber said. “It can be on guy scoring one game and another guy scoring in the next game. It doesn’t have to be one guy, it’s shared and you’re tough if you can do that.”

The first half saw seven ties and seven lead changes but the Superlarks built up a 30-26 lead after Ben Kraft hit a jump shot with 1:50 left in the half. Southland was able to tie things up at the break when Hanna made one of two free throws and Ethan Forthun, who had 22 points and 12 rebounds, put back the miss for a score that made it 30-30 with 17 seconds left in the frame.