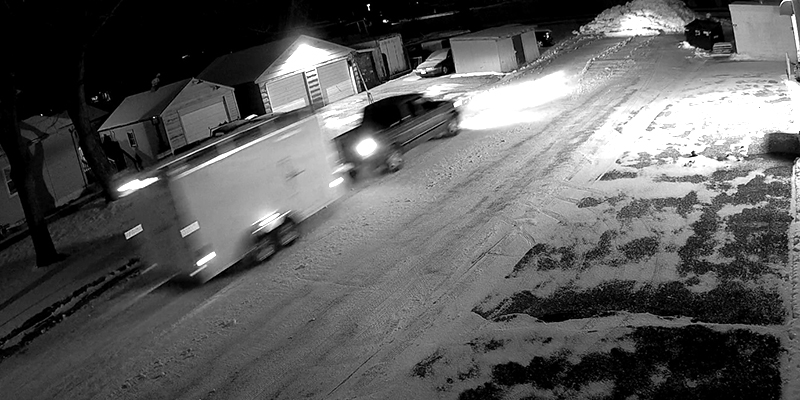 Over $3K worth of construction tools stolen

The Austin Police Department is looking for information that could lead to the arrest of individuals that stole a Riverland Community College Construction trailer over the weekend.

According to Austin Police Capt. Todd Clennon, police were called at about 5:11 p.m. on Monday to the 500 block of 10th Street Northeast after an abandoned RCC Construction trailer was located behind a local business. The investigation revealed the trailer had been stolen between Friday and Sunday from a local site where RCC had been working.

Video recovered from the business showed a dark-colored, older Chevrolet pickup truck entering the alleyway behind the business at about 6 a.m. on Monday. Passengers then exited the vehicle and re-entered moments later, leaving the trailer abandoned.

RCC staff conducted an inventory of the trailer and reported that approximately $3,500 worth of construction tools had been stolen.

Anyone with information regarding the theft is asked to call the Austin Police Department at 507-437-9407.