Packers don’t back down against Scarlets’ surge 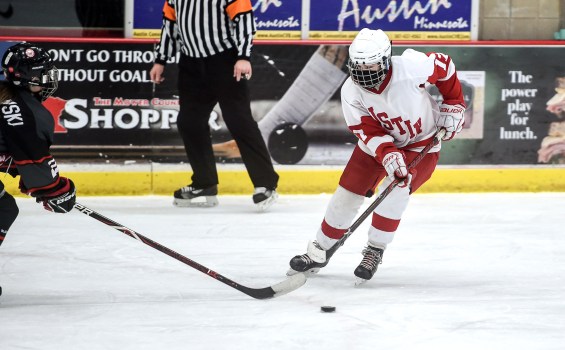 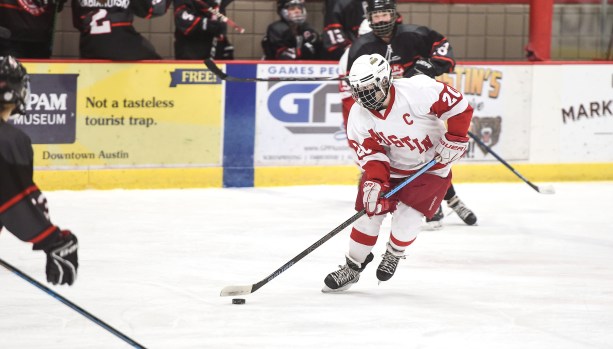 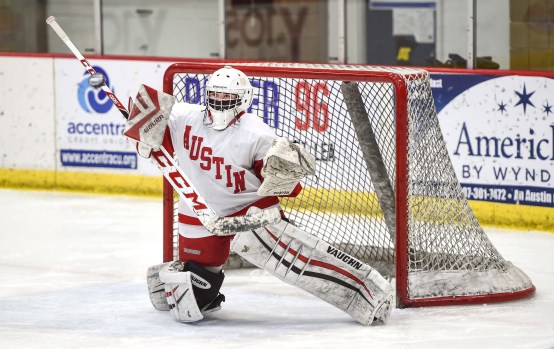 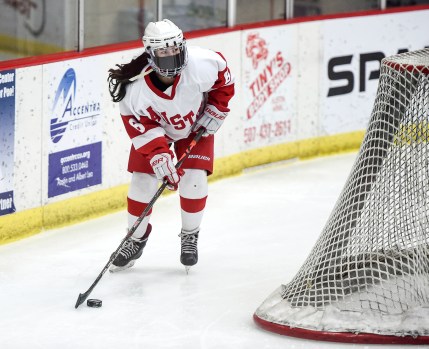 Austin’s AJ Barrera carries the puck behind the net during the first half Thursday night against Mankato West at Riverside Arena. Eric Johnson/photodesk@austindailyherald.com 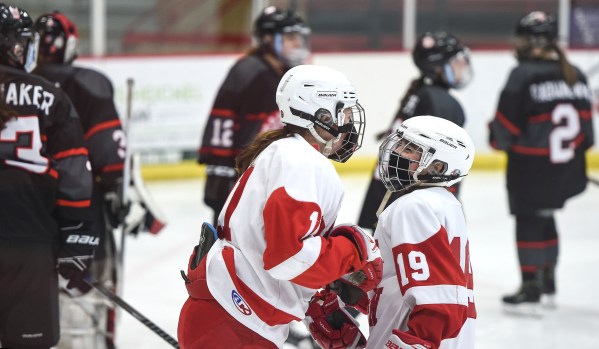 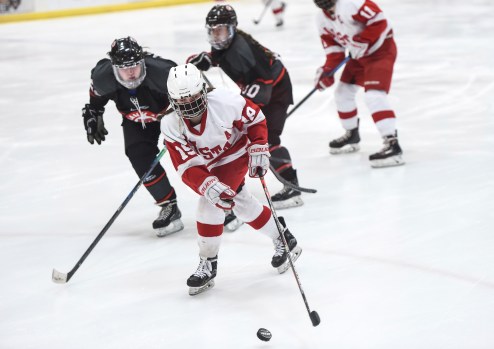 Although she faced plenty of pressure in the final two periods, Davidson stayed focused and sturdy in net for the Packer girls hockey team, who beat Mankato West 7-2 in Riverside Arena Thursday night.

The Scarlets (1-1 overall) held a 42-29 shot advantage, but Davidson survived the onslaught by covering the puck and limiting rebounding opportunities. She finished with 40 saves.

Davidson was strong physically in the win, but it was her mental approach that kept her in the game.

“When the action slows down, I skate around the sides to stay busy, because if I stay in the net, I get bored. My teammates also helped me a lot tonight,” Davidson said. “I don’t like to be overconfident and I don’t want to think I’m the best, because then I can get overconfident and that’s not going to end well.”

Davidson mixed the right amount of skill and luck to keep the lead at 4-0 in the second period as the puck slipped behind her and was headed towards the net until she pivoted and blindly cleared it out with her stick. Just seconds later she stopped another Scarlet attempt.

West finally got on the board when Lexi Reddy lobbed a floater over Davidson’s shoulder with 4:56 left in the second.

The Scarlets continued to apply pressure, until Austin finally iced the game when Megan Schultz scored a break-away goal with 9:56 left in the game to make it 5-1. That score came after Austin underwent a 21-minute scoring drought.

“It took us about eight minutes into the third period before we figured out what we needed to do,” Austin head coach Troy Holtz said. “We had a big gap in goals. Shelby did what we needed her to do. We know that she’s a good goaltender and we can trust her to take on shots.”

Lexi Stich put the Packers (2-0 overall, 2-0 Big Nine) on the board on an attack to the net just a couple of minutes into the game and Kate Holtz extended that lead to 3-0 when she beat the goalie in transition for a score and notched another first period goal on a slap shot.

Stich finished with two goals and an assist.

“I’m not sure what happened in the second period, but we saw the scoreboard and we got comfortable and we can’t do that. In the third period, we wanted to win and we played better,” Stich said. “It’s great to start off 2-0. We’re just thankful to be able to play and we’re going to give it our all.”

Holtz tallied two goals and three assists for the Packers.

Austin is still looking to improve its offense as the team has a tall task in replacing 2020 grad Jordyn McCormack.

“We know we’re going to get offense from Kate and Lexi, but Megan Schultz scored tonight and we need those goals,” Troy Holtz said. “We need to replace 60 points from last year and we don’t expect one girl to step up and get 60 points, but if six girls can get 10 more points this year, that takes care of it.”