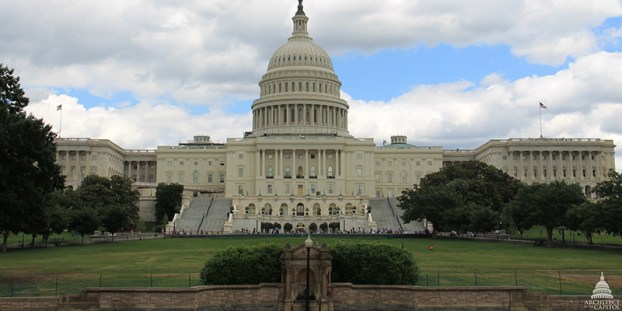 History is often punctuated by teaching moments. Events happen and we learn from them. The phrase “Hindsight is 2020” is often used in a show of acknowledgment of things we missed or did wrong, but that often negates the educational component offered by the mistake.

This is what we must take out of Wednesday’s insurrection at the United States Capitol.

To call it less than insurrection is to diminish the importance of the moment in our country’s history. Prior to Wednesday, only the British in 1814 reached as far as the Capitol, and stepped inside with a lit torch.

On Wednesday, the insurrectionists stepped inside and now we are, once again, changed forever.

Many before us have already spoken out specifically of the dangers of what happened along with calls to Vice President Mike Pence to take steps in implementing the 25th Amendment that would strip President Donald J. Trump of the presidency.

Voices have been raised in hopes of impeachment, which look unlikely as Pence already has indicated he will not move forward with the 25th Amendment.

Many are debating if either will happen given the short time period remaining in Trump’s presidency, though these people also talk about the dangers of leaving a man who already laid the groundwork for the insurrection in a position of power.

What we are stressed is that among the needed steps of preserving democracy, we must come out of this having learned something from Wednesday and from the last four years.

This first term of Trump’s presidency has been punctuated by lie upon lie upon lie and taken up by his most ardent supporters as truth despite the numerous times they have been proven false.

Those in Congress have bolstered this by failing to do anything and continuing to support Trump.

This has led to an unnecessary shackling of the truth, which in turn has played a part in the division we see today. These are some of the dangers that led to Wednesday’s egregious assault on democracy.

There is plenty of finger-pointing to be passed around, but we stress a need to learn from what has transpired and preach a return to normalcy. To decency.

We must also realize that and entire party cannot be judged by the loudest voices that may speak to the contrary. We realize there are good people within the Democratic and Republican Parties and we urge them to regain their voices once again.

Only when we can once again establish respect in each other’s differences through truth rather than conspiracy can we begin to return to that longed-for decency.

We are a country in crisis, already laid bare by the burden of COVID-19. It’s why it’s so important that this becomes a lesson to the dangers of where we currently are.

Peggy Keener: The holiday treat that never ever retreats

I could have become emotional, you know, lamenting the pesky social restructuring of the holidays this past year. But I... read more