Lambert is learning quick in on the mat 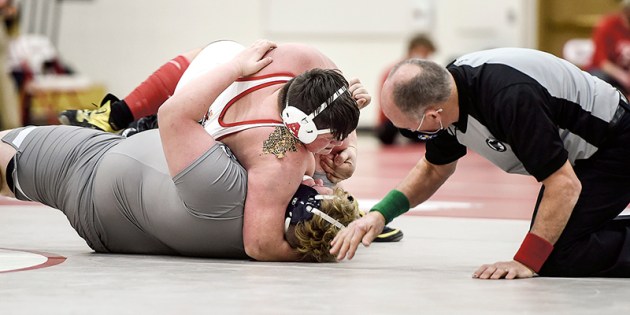 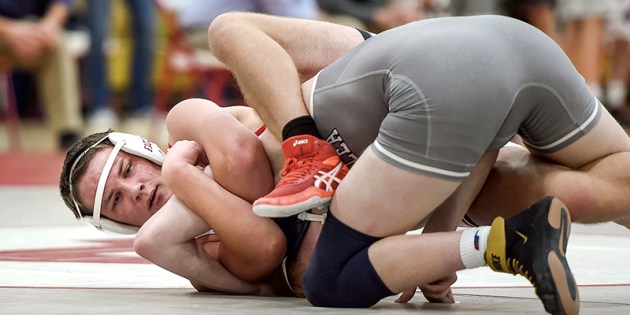 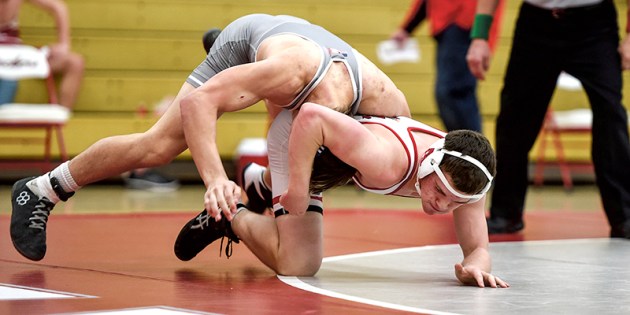 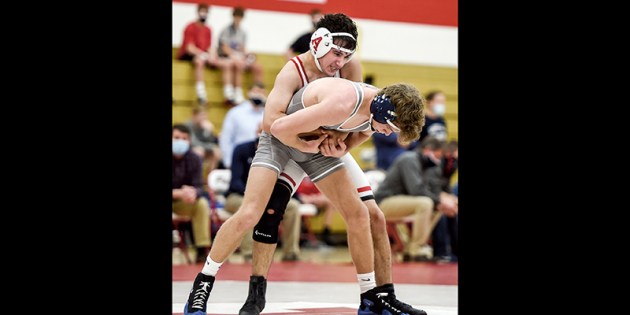 There was a time when Nick Lambert didn’t know how to wrestle. Now it’s getting him through a pandemic in the midst of his senior year.

Although the Austin wrestling team dropped a pair of duals to Albert Lea (75-6) and Rochester Mayo (64-9) in a home triangular in Packer Gym Friday, Lambert had his moment to shine.

Lambert went 2-0 with a pair of pins at 285-pounds. He scored a first period pin for Austin’s lone win against AL when he brought down Caleb Banks and used an early takedown to score another first period pin over Mayo’s Isaac Moen.

The two pins were quite the accomplishment, but they were made even more impressive when coupled with the fact that Lambert just started wrestling last year and was only cleared to compete with a shoulder injury moments before the  triangular.

“I just had to be fast with my hands and quick on my feet,” Lambert said. “I’ve learned a lot in the past two years. It’s been one long rodeo. It’s a very challenging sport. I’ve had a blast this year. Every day wrestling is a blessing. I need this sport for my mental health and my physical activity.”

Lambert has also played football and baseball. He gave wrestling a try last season when one of the coaches asked him to come out.

“He’s been working really hard. He’s one of our hardest workers,” Austin head coach Jacob Nelson said of Lambert. “He’s been struggling with a shoulder injury and he was allowed to wrestle at the last second. That’s the kind of determination he has. He’s picked it up really fast and it’s been exciting to watch him grow as a wrestler and a captain.”

Austin freshman Nick Asmus was pinned by AL’s Logan Davis at 106, but he bounced back to beat Mayo’s Juan Cobarruvias 6-3.

Asmus is one of the many young wrestlers the Packers put on the mat Friday night and he’s learning how to compete quickly at the varsity level.

“You just have to go out and try to get a shot in and take advantage,” Asmus said. “You have to wrestle through the match and wrestle smart.”

Austin sophomore Samuel Oehlfke lost a 3-2 heartbreaker to AL junior Collin Madson at 152 when Madson escaped with one second left in the match. It was tied at 2-2 after the first two periods.

Oehlfke nearly pinned Madson at the end of the second and started on top in the third period.

Oehlfke also put up a solid effort against Mayo’s Cason Larson, but ended up dropping a 12-0 major decision after fighting hard to avoid a pin in the last minute.

The Packers are likely to have at least six of their regular wrestlers back in the lineup at 5:30 p.m. Thursday, when they host Rochester John Marshall and Pine Island on senior night.

Nelson said senior night could also be a big triangular for the younger wrestlers.

“This is a weird year, because at any moment someone can go out for two weeks and we have to be prepared for that,” Nelson said. “I think we probably have a couple of exciting years to come when some of these guys grow.”