King sworn in as mayor 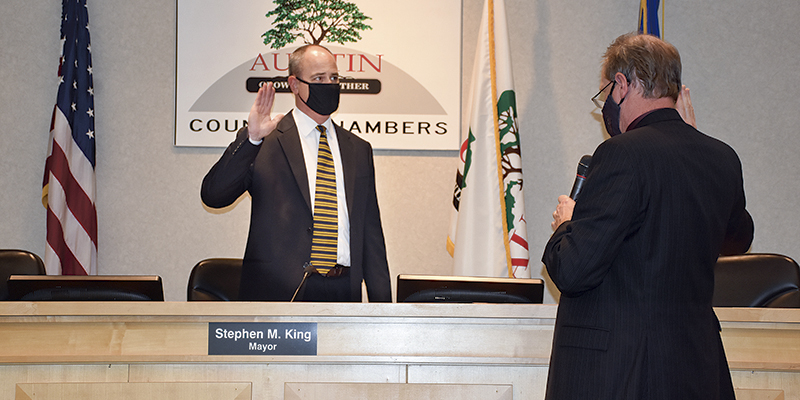 Oballa, Postma and Fischer sworn in on council

Steve King was sworn in as the new Mayor of Austin at the beginning of the regular Austin City Council meeting Monday evening. City Administrative Services Director Tom Dankert issued the oath of office.

King replaced outgoing Mayor Tom Stiehm, who decided not to seek another term last year. In his last official act as mayor, Stiehm handed the mayor’s gavel over to King at the beginning of the meeting.

Prior to his election as mayor, King represented the City’s Second Ward on the city council for 12 years.

Earlier on Monday, council members Oballa Oballa, Mike Postma and Paul Fischer were sworn in by Dankert. Oballa (First Ward) and Postma (Second Ward) were elected to their first terms in 2020; Fischer (Third Ward) was elected to his second term.