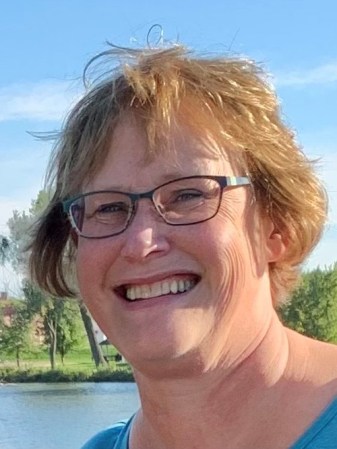 Karen was born February 11, 1961 in Austin, Minnesota to Orin and Marjorie (Kiewatt) Schaefer. She graduated from Austin High School in 1979. Karen married Tim Davidson on November 10, 1979 at Queen of Angels Catholic Church in Austin. She worked for Kmart for over 25 years doing various jobs including time in their Human Resource Department. Following her employment with Kmart, she went on to work at CRC for eight years. After CRC, Karen worked for Mower County as the Human Resource Coordinator while also working part-time for Kwik Trip since 2014.

Karen enjoyed reading, watching Hallmark movies, traveling and spending time outdoors, to include fishing “back in the day”. She loved flowers and spending time in the garden planting them. Karen volunteered her time with Relay For Life, March of Dimes and served on the board of Austin Youth Hockey for several years. Her family was important to her, she loved spending time with her grandkids and watching her granddaughter Shelby play hockey, they were her pride and joy!

She was preceded in death by her parents; husband, Tim Davidson in 2013; brother, Mark Schaefer; and father-in-law, Gary “Tiny” Davidson.

Funeral services will be held at 11:00 a.m. on Friday, January 8th at Clasen-Jordan Mortuary with Father Raul Silva officiating. Visitation will be at the Mortuary on Thursday, January 7th from 3:00 to 7:00 pm and for one hour before the service on Friday. Interment will be at Oakwood Cemetery.