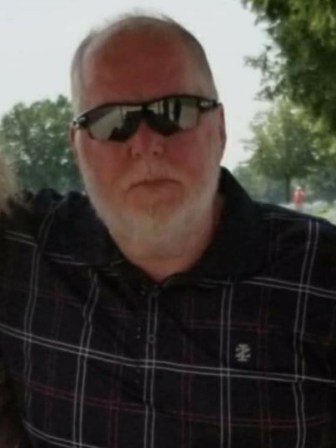 Jerry Lee Collins, 74, of Longville, MN, passed away unexpectedly in his home on Thursday, January 7, 2021. He was born September 1, 1946 in Havre de Grac, MD. His family moved to Escanaba, MI when he was young, and he lived there until 1967 when he enlisted in the US Army. After basic training at Ft. Benning, he was deployed to Germany. Before leaving for Germany, he married Bonnie (Butts) from Escanaba, who followed him shortly to Germany. He served with the 583rd Ordinance Co. in Muenster, then finished his tour at Ft. Lee, VA. They spent over 2 years touring Europe whenever they could. He was proud to be an American and a patriot.

After returning to Escanaba Jerry pursued his BS at Northern Michigan University while working full-time at the Escanaba Paper Mill. After graduating with honors, he began his career with Hormel Foods as a supervisor in Austin, MN, Davenport, IA, and then returning to Austin where he retired in 2009. They moved to Longville full-time in 2011.

During the kids’ growing-up years he enjoyed taking them camping and boating, tubing, water skiing and on special vacation trips. He spent a lot of time practicing baseball with his daughter and sons, and helped them with any project or sport they were involved in. He and the family also traveled across the US with his oldest son, who was a cyclist. He golfed whenever he had time and learned to downhill ski – buying his first skis at age 60 – with the encouragement of his youngest son who lived in CO at the time. Jerry also enjoyed remodeling homes as a team with his wife during his career and in retirement.

His greatest passion was serving the Lord, no matter what he was doing. He was a behind-the-scenes person and a “big brother” and helper to many people while living the “it is more blessed to give than to receive” principle. Wherever the family lived he was involved in church ministry, serving on boards, co-teaching Sunday School, going on missions’ trips or just doing what needed to be done. He was generous with his time, pursuing any problem that couldn’t be solved and finding a solution.

Jerry’s retirement was “living the dream” of being on the water and spending a lot of time fishing, taking his grandchildren tubing or any other water activity. His goal was to enjoy God’s creation and his family. He leaves behind a legacy for his family to follow.

Jerry was preceded in death by his mother, Margaret, and youngest son, Jacob.

He leaves behind his wife of 53 years, Bonnie, of Longville; daughter, Jennifer (Delhanty) of Austin, MN; son, Andrew, also of Austin, MN; four grandchildren, Abigail, Alison, Jackson and Emily; brother, John; sisters, Marie, and Beverly and many nieces and nephews along with great-nieces and great-nephews. He was dearly loved and will be greatly missed.

A memorial service for Jerry will begin at 11:00 a.m. on Saturday, January 16th, 2021 at the Longville Bible Church in Longville, MN. Pastor Bob Leko will officiate. A one-hour visitation will be held prior to services at 10:00 a.m., also at the church. Inurnment will be in Fort Snelling National Cemetery at Minneapolis, MN at a later date.

Jerry’s care has been entrusted to Northern Peace Funeral Home of Walker, MN. Online condolences for the family may be left at www.northernpeace.com