History on the Road 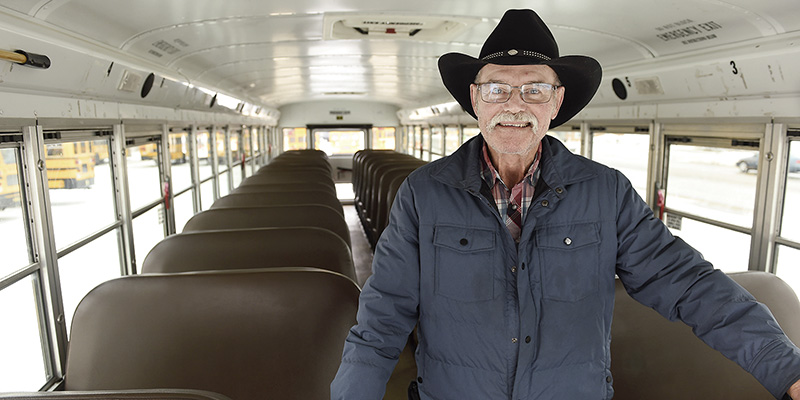 With over 60 years of driving bus, Roger Stahl retires

If you have lived in Austin for most of your life, there is a chance Roger Stahl took you to school and back. Heck, if your a student today, there’s even a chance he drove your parents to school.

After 62 years of driving kids to school or repairing school buses for Palmer bus Service, Stahl is officially turning off the flashing lights and retiring.

Though really, he’s already retired, having stepped down earlier in 2020 because of the COVID-19 pandemic. 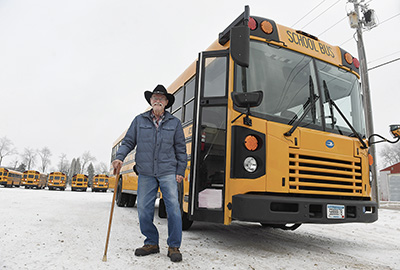 Roger Stahl has seen plenty of miles in his 62 years of driving bus; however, he is now ready to shut the flashing lights off as he goes into retirement. Eric Johnson/photodesk@austindailyherald.com

Either way, that’s a lot of years behind the wheel and under an engine of a school bus.

Stahl began driving a bus at the age of 18 for very simple reasons.

“I needed a job I guess,” Stahl said Monday, sitting in Palmer with his wife Debbie. “I started in high school. At 18 I got my bus driver’s license and have been driving ever since.”

A lot of differences have come and gone throughout those 62 years: The sizes of the buses, the styles of bus, even the company.

When Stahl first started, he was hired by Wilde Bus Service and worked through different incarnations of the company up through its time as Palmer.

During that time, Stahl said he has seen almost entire families go through the doors of the bus, including some great grandchildren from a few of his original riders in those early days.

“There have been some that have gotten the most attention,” Stahl joked. “The little troublemakers that I was the most acquainted with.”

Many of the changes Stahl has seen come from the buses themselves. He remembered when the buses evolved from a single red light used in getting vehicles to stop to the flashing lights used today, which came about in the late 70s.

The lights themselves, Stahl explained, were just six volts and were limited in brightness.

During the winter, Stahl remembered 1 a.m. mornings to test and clear the roads so buses could make it through, which wasn’t exactly a comfortable position for the kids riding the bus.

“You had to dress for winter,” Stahl said, noting that heating wasn’t exactly a complete luxury in those days. While the buses did have heat, it wasn’t necessarily the best.

During snowstorms, Stahl remembered going out with two or three others to check and make sure the buses could make it through.

“He knew all of the bad spots,” Debbie said.

However, Stahl’s time behind the wheel was only part of his work. For much of his time in the bus business, Stahl was also a mechanic.

Oftentimes, the problem was such that Stahl had to turn to invention to get the job done right.

“I would try to make the tool, especially now with the newer snub-nosed (buses),” Stahl said. “You have to be a contortionist to work there.”

It’s clear Stahl has enjoyed his over 60 years in the bus industry, knowing that he was spending his time among some very special people.

“Just good bosses,” Stahl said. “I never had any problems with any of the bosses. Just good people. It was like a family.”

Now it’s time for Stahl, who may be one of the longest licensed bus drivers in the state, to figure out how he’s going to enjoy his retirement.

“Hopefully, we’ll be able to do some traveling,” Stahl said.

Whatever happens, Debbie will continue to look forward knowing she’s got a great pathfinder by her side.

“He knows every road and every route,” Debbie said.

A retirement party for Stahl will be held at 11 a.m. on Friday. Well-wishers are encouraged to stop by and congratulate him.