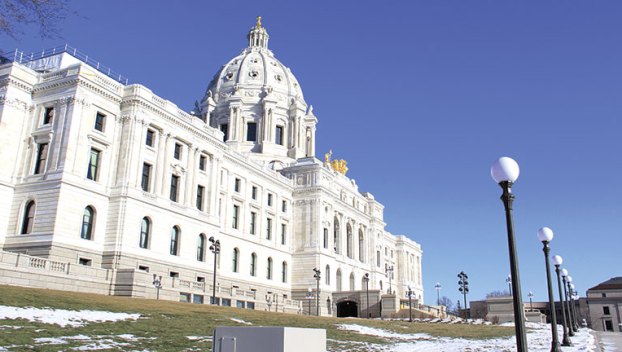 Minnesota lawmakers have their work cut out for them in crafting a new two-year budget — a process that begins this week when Gov. Tim Walz lays out his $50 billion-plus proposal.

Walz is framing his proposal as “Minnesota’s COVID-19 recovery budget” that will emphasize assistance to small businesses, help for working families affected by the disease or the related fallout, and measures to get students caught up after a year of mostly distance learning.

“COVID is everything and really sets the backdrop for the proposals and mood as we release the budget,” said top Walz budget adviser Jim Schowalter, commissioner of the Department of Minnesota Management and Budget.

Tuesday’s budget release — thousands of pages detailing what agencies would use to administer hundreds of programs — is the start of a monthslong slog to the finish. A new budget must be in place by July 1 to avoid an interruption of services.

Ultimately, the Legislature and the governor must agree how much they’ll give schools to operate, who qualifies for what level of subsidized health care, whether admission fees for state parks change, if tax rates are adjusted and much more.

Lawmakers will have to address an anticipated revenue shortfall in the process, although that could well change by their final votes due to an updated economic forecast in February and potential relief from Washington.

Schowalter wouldn’t say if Walz will propose tax increases. But lawmakers in both parties expect it.

“The way we look at the state budget is that it’s a moral document,” she said. “And we should fund the things that Minnesotans need and we should have a fair tax system where people pay their fair share.”

“We have a good amount of reserves that you save for rainy days,” Gazelka said. “And everyone acknowledges that this is a rainy-day moment. It’ll be hard, but I do believe you can do it without a tax increase.”

Overshadowing this year’s budget-writing effort is the historic pandemic that has elevated the critical role of public health agencies and shaken up economic and social life for almost a year.

The size of the problem is also subject to debate: The last comprehensive look at Minnesota’s finances in early December showed a projected deficit of $1.3 billion for the 2022-23 budget period. But the state ended its last fiscal year in better shape, whittling the problem to $882 million if that leftover money is factored in.

Plus, hundreds of millions of dollars are expected to flow through Minnesota’s treasury from the latest federal coronavirus relief package. How flexible those dollars are is a big question mark.

“That will make our budget negotiations and our budget deliberations a little more complicated,” Hortman said. “Because sometimes deciphering the federal legislation takes a little while.”

The Republican-led Senate in particular has been pressing the Walz administration for details on COVID-19 spending to date. Lawmakers have chafed at being left out of key decisions and have complained they don’t know enough about how billions of dollars have been used.

“To bypass the Legislature is not a good place to be,” said Sen. Mary Kiffmeyer, R-Big Lake. She said the future federal money should be blended into the next two-year budget rather than allocated separately, although top legislators seem resigned to the notion that the administration has latitude.

Aside from COVID-19, Walz has also talked about using his plan to boost security at the state Capitol. That might include permanent fencing, additional officers and limited entrances when the building reopens to the public.

Those upgrades are unlikely to add a huge amount to ongoing state spending.

In general, Gazelka said this won’t be the year for substantial new initiatives.

“Certainly if you don’t have a surplus, nobody should be thinking about some new program that they want to add. It’s just trying to navigate through vanquishing COVID is what I’ve been saying and getting the two-year budget done,” he said. “If we can do those two things working together that would be very good for Minnesota.”

The Legislature won’t begin its heaviest work on the budget until March. The Walz proposal will be dissected until then.

Schowalter said quite a bit has changed since that last major budget report in early December, including a special session where a business rescue package passed and a congressional relief bill that will put more money in state coffers. Signs of economic recovery could also improve the revenue outlook when the new forecast is released next month.

“Normally we set the table and we all admire the table and the numbers for a little while and nothing much changes,” Schowalter said. “This time, it’s a lot of new pieces.”