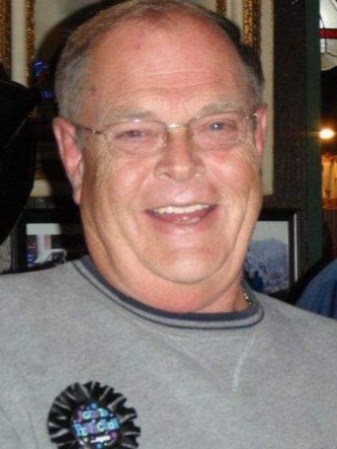 Gary “Jay” Davison, 79, became “pain free” on Sunday January 10, 2021 at St. Mary’s Hospital in Rochester, MN from COVID-19 complications, with his wife of 55 years by his side. He lived life to the fullest. It took a Pandemic to take him down!

Jay was born in 1941 in Harvey, IL to Burton (Bub) and Johanna (Oldenburg) Davison.

After graduating from Glenville High School, he entered the U.S. Navy. He was an Airman Inflight Electrician for 4 years. Following his discharge from the Navy he returned home where he met and married the love of his life, Karen (Lewison). They built their home in 1970 on the homestead farm near London, MN where he enjoyed his time keeping the perfectly manicured yard, along with being the “Pool Boy” for his “Girls”.

Jay went to work for Wilson’s/Farmstead for 26 years until Farmstead closed. Then he went to College and graduated with honors with a BS degree, majoring in Corrections from Mankato State. Then was employed at Red Wing Correctional Facility as a Correctional Counselor for the next 12 years. He made the 200 mile R/t drive every day for the next 12 years until his retirement in 2006, now that was dedication!

We had many fun times camping and off roading with the Stump Jumpers 4-wheel drive club!

Traveling was also a major passion of Jay and Karen’s. We especially enjoyed destination weddings in St. Thomas, Dominican Republic, Mexico, Florida, Hawaii, Las Vegas and Casinos anywhere. Jay was also quite the history buff and intelligent in all categories. His friends actually didn’t like  to play this game anymore as they were tired of losing, unless. . .they could be on his team!

He also enjoyed spending his summer months at the “J n K” Campgrounds, a title given to his own property by his friends. He so enjoyed the many campfires and nighttime Bocce Ball, but mostly hanging out by their pool with so many family and friends.

Jay also will be remembered by his awesome sense of humor and his amazing quality for being a great listener to all. Jay did everything in life to have fun and will be greatly missed by his family and so many friends.

As Jay would say, “I’m not a people person! I can only please one person a day. . . Today isn’t your day and tomorrow doesn’t look good either”!

He may have always said this but. . . actually he was the life of the party and enjoyed telling many, many stories to his wonderful family and friends!

He was preceded in death by his parents, father-in-law and mother-in-law, special Aunt Emma, and dear sister-in-law Lois Lewison. He is survived by wife Karen, daughter Shanna and son-in-law Jeremy, and his two Grand pups Izzy and Jax, brother-in-laws Maynard and Allan (Joan), many close nieces, nephews, and so many life-long friends.

Jay’s wishes were to have a “Celebration of life” for him at a later date!

Condolences may be expressed to the family on line at www.clasenjordan.com