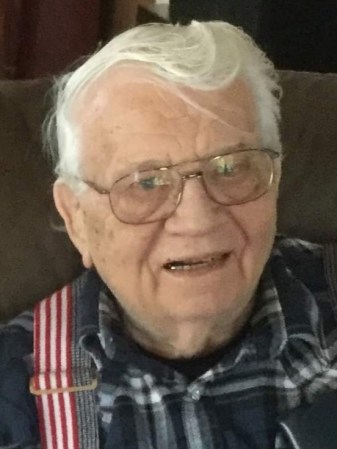 Emmett was born in Austin on January 31, 1932 the son of Emmett H. and Margaret (Braun) Earl. Emmett attended school in Austin and was a lifelong resident of Austin. He served in the US Army for 4 years and served an additional 18 years in the Army National Guard.

Emmett worked as a Master Plummer at Hormel. He retired after 47 years of employment. Emmett received many certificates of recognition for his innovative ideas while working at Hormel. After his retirement at Hormel, he worked 6 years for Habitat for Humanity as an office manager. Though his service with Habitat for Humanity, in 1994 Emmett was able to work alongside former President Jimmy Carter and his wife Roselyn on a project in Eagle Butte, South Dakota.

Emmett was a loving husband, father and grandfather. He also loved to cook; scalloped corn was his specialty.

He was preceded in death by his parents, two brothers and one sister.

Private family services will be held at a later date at the MN Veteran’s Cemetery in Preston, MN.