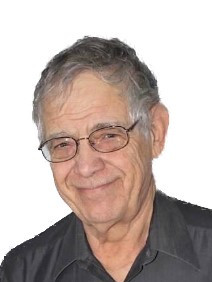 Donald Levi Van Hyfte was born on August 25, 1939 in Dodge Center, MN and lived near Waltham. The family moved to Winnebago, MN where he graduated from high school. He attended St. John’s University where he earned a degree in Economics.

He joined the US Army Intelligence agency and was stationed in Turkey for most of his enlistment. Donald worked his entire professional career for the United States Government Social Security Administration in Kansas City, MO Des Moines, IA, and Austin, MN.

He is preceded in death by his parents Louise and Levi Van Hyfte.

Donald was a member of St. Edward’s Catholic Church. His favorite hobby was showing his Dutch rabbits and he was involved in the Cedar River Rabbit Club. He loved woodworking and there was nothing in their home that had not been touched by his hands. His greatest joy was spending time with his 2 grandsons and cheering on his favorite football team, the Chiefs.

A Funeral Mass will be celebrated 11 am on Tuesday, January 19, 2021 at St. Edwards Catholic Church. There will be a visitation at 10:30 the day of the service. Military rites will be by American Legion Post #91. Interment will be in Calvary Cemetery.