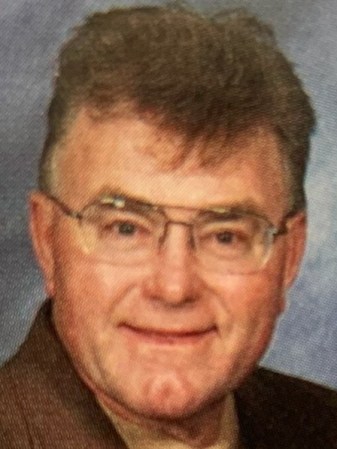 Dan “Gundy” Edward Gunderson, age 72 of Austin, Minnesota, passed away Tuesday, January 26, 2021, at his home in Austin. Dan was born to Robert and Adeline (Papousek) Gunderson on June 24, 1948 in Austin, Minnesota. He graduated from Austin High School. On October 10, 1970, Dan married Judy Johnson at Grace Lutheran Church in Austin. Dan had a 44-year career working for Hormel Foods and Quality Pork Processors. He was never late to work and would always start his day early. In 1954, Dan’s parents built a cabin on French Lake, and his family would spend their summers there while Dan would go back and forth from the cabin to work. There was never a time he was not willing to lend a hand to anyone. He would help his wife Judy with prep work for holiday gatherings and then would do the dishes afterwards. Dan was fearless and stronger than an ox. Dan was known to be the life of the party; he could draw anyone’s attention to his story telling. No matter where he was, Dan could always find someone to talk to. He was a big food fanatic and would travel anywhere with his wife to get good food. Dan was always insistent that his car be clean, even if it meant multiple trips to the car wash. He enjoyed mowing his lawn, car rides, going on adventures and exploring. Dan will be remembered for his unconditional love for his family, heart of gold, and his animated sense of humor.

Private family services will be held on February 2, 2021. A Celebration of Life will be held in June of 2021, at French Lake. Interment will be in Oakwood Cemetery at a later date. In lieu of flowers, memorials are preferred to recipient of donor’s choice. Worlein Funeral Home of Austin is assisting the family with arrangements. Condolences may be expressed to the family online at www.worlein.com.