Patience paid off for the Austin Bruins as they beat the Chippewa Steel (2-6-1-1 overall) 2-1 in a shootout in Riverside Arena Friday.

The Bruins (5-6-2-1 overall) came up empty on power plays at the end of the third period and overtime, but they clinched the win when Garrett Dahm scored the game-winner in the shootout after Tyler Shea stopped three of Chippewa’s four attempts. 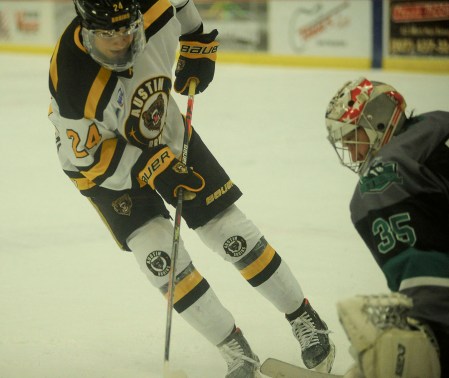 Alex Trombley also scored in the shootout for Austin and Grayson Valente scored with ten minutes left in regulation to force OT.

Tyler Shea had 25 saves for Austin.

It had been two months since the Bruins had played a game in Riverside Arena as their last game home contest was on Nov. 20. 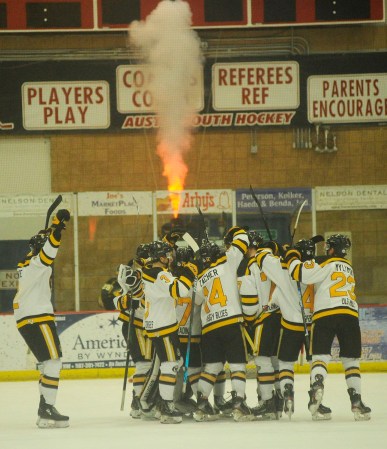