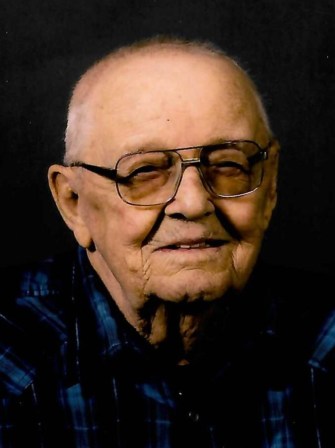 Curtis Lee was born July 26, 1932 in rural Adams, Minnesota to Lee and Stella (Rebne) Hamilton. He graduated from Adams High School with the Class of 1951.

On April 14, 1956 Curtis “Curtie” was united in marriage to Geneva Schumann at Little Cedar Lutheran Church in Adams. They raised their four children and lived their entire married life in Adams. He enjoyed a 37 year career as a highway worker for Mower County, retiring in 1997.

Curtie was a life long member of Little Cedar Lutheran Church, and served on the church council. He served his community as an Adams City Councilman and as a member of the Adams Area Ambulance Service. Curtie was a member of the Austin Auxiliary Police Unit. He also served as a Justice of Peace, holding many weddings at the family home.

He loved traveling to watch his grandchildren in their activities and sporting events, and was an avid follower of the Southland Rebels. Even after his grandchildren graduated, he would closely follow their games, and when he wasn’t able to be there, he and Geneva would stream them.

Curtie was a farm boy at heart, enjoying working the land. He loved animals, especially dogs (but not cats). He loved camping and passed this love onto his children, grandchildren and his extended camping family. He enjoyed traveling around the country, pulling his camper. The extended camping family affectionately referred to everything he owned as being ‘ours too’. This group provided him with the vanity plates declaring his favorite white pick up truck ‘ours too’. The residents of Adams are well aware of this truck, slowly touring the area. Does anyone have a hitch he can borrow? Sometimes he would wait outside the gas station for someone to bring him lottery tickets or his so called ‘candy bars’. We will miss him ‘talking big, acting smart’!

He was preceded in death by his parents; sister, Ruth (Richard “Dick) Peters; and son-in-law, Ronald Kane.

Funeral services will be held at 11:00 a.m. Friday, January 22nd at Little Cedar Lutheran Church in Adams with Pastor Jeremy Johnson officiating. Visitation is Thursday, January 21st from 4 to 8 p.m. at the Adams Funeral Home, and at the church one hour before the service Friday. Interment will be at Little Cedar Cemetery. Memorials are preferred to the Adams Ambulance & Fire Department. Masks, social distancing, and all MN Dept. of Health COVID-19 protocol will be followed.