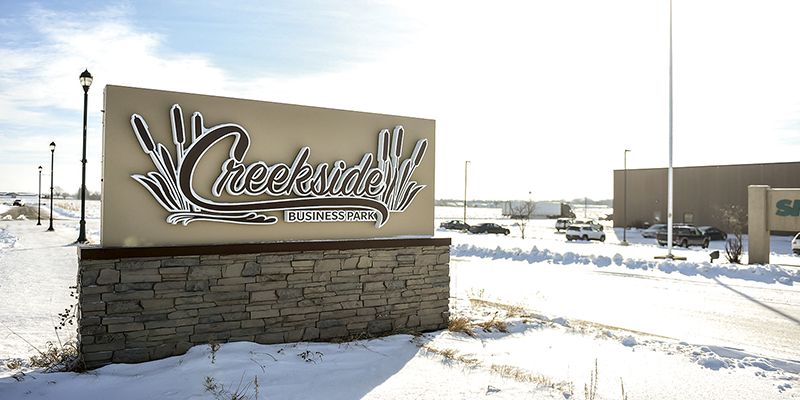 Creekside Business Park will soon be the site of a new facility for the Minnetonka-based company Nu-Tek Biosciences, an industrial ingredient provider of plant-based drug fermentation protein. Herald file photo

Nu-Tek Biosciences, an industrial ingredient provider of plant-based drug fermentation protein (peptones) used in the development and manufacturing of pharmaceuticals, is one step closer to building a facility in Austin.

The Austin City Council on Tuesday unanimously approved a development agreement with the Minnetonka-based company to build a facility in Creekside Business Park, located off Highway 218 east of 27th Avenue Northwest. The facility, which will be used for the production of vegetable and yeast-based proteins for the pharma and food industries, will be about 60,000 square feet and bring in a projected 35 full-time equivalent jobs over the next two years. The building’s taxable value is expected to be about $4.3-$4.7 million.

The project is a joint effort between the Austin Port Authority, Austin Utilities, Mower County and the Development Corporation of Austin (DCA).

“We’re really excited about this project,” said Nu-Tek Biosciences President Thomas Yezzi. “We’re very happy with how things have gone with the City of Austin. I always say that Austin has had a rich manufacturing background and for us, we’re a company that manufactures products. Our background has been a lot in industrial food ingredients, but this is really an even more exciting venture because it’s into the pharmaceutical industry.”

The new facility will be built next to Smythe at Creekside Business Park. Eric Johnson/photodesk@austindailyherald.com

“A lot of what we do is very similar to what you’d find in ingredient processing for the food industry, but just a higher level,” Yezzi continued. “This is where we think that the relationship with the City of Austin and all the different things you have going on with The Hormel Institute and some of those areas have created synergy with what we’re doing.”

“This is a complimentary industry for us,” he said. “It’s plant-based, it can be ag-related, it can be food-related, but it also brings in something new, which is pharma. This is at the cutting edge of pharma. It could really help transform Austin by bringing a new, vibrant industry into the community.”

Yezzi highlighted the anticipated longevity of the plant.

“Once you get into this business, it is not a short-term business,” he said. “When we build this plant, I can assure you that plant will be making peptones for 20, 30, 40 years from now… Once those facilities start producing these products that get put into these pharmaceuticals, it’s nearly impossible to take them out.”

The council unanimously approved the city’s participation in the Grow Austin program, which provides incentives for companies that offer higher wages to build in Austin. Nu-Tek is expected to pay 34 of its 35 employees above the program’s highest pay incentive level of $50,098 per year and will be eligible for $1,350 per employee of Grow Austin incentive.

“The economic impact of having 35 new jobs that are the equivalent of mid-$50,000 a year has a ripple effect,” Garry said. “Based on the numbers I’ve seen, you might see a ripple effect of anywhere from five to 20 new jobs in the community because a company like this is locating in the community. I’m very excited from that standpoint.”

City Administrator Craig Clark said the capital improvement value, which requires a minimum of $250,000 of value, is to be capped at $45,000 for the city’s share, which is set at one percent of the overall value and 45 percent of a $10 million cap. This combined estimated value of the city’s incentive is $91,350.

The council also unanimously approved a job creation fund application in connection with Nu-Tek as well as a grant application to the Minnesota Department of Employment and Economic Development.

Austin Mayor Steve King said he looks forward to many years of partnership with Nu-Tek.

“I totally agree that it’s a great fit for Austin,” he said. “It’s very exciting to see new development, especially in the biosciences because that is something we’re going after.” 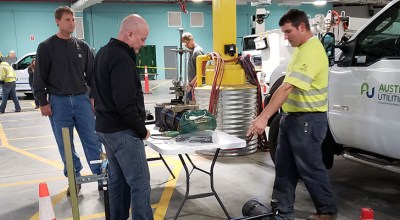