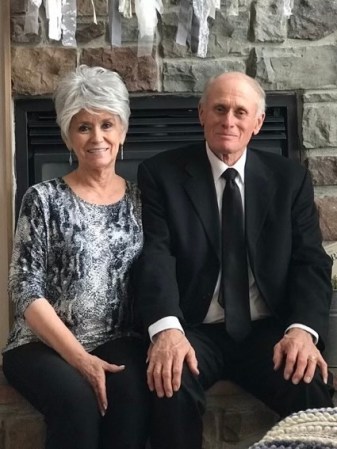 Bob and JoAnne King, both 75, returned together to their heavenly parents on the 18th of December 2020, in the wake of a vehicle accident just outside of Afton, Wyoming.

Bob and JoAnne both attended Pacelli High School in Austin, Minnesota graduating in 1963. Bob graduated from St. Mary’s University Theological Seminary with a teaching degree in 1967. They were married at St. Augustine Church in Austin on August 12th, 1967. The marriage was latter solemnized in the Salt Lake Temple of the Church of Jesus Christ of Latter-Day Saints in 1974.

In 1996, Bob and JoAnne relocated their family to Afton, Wyoming. Bob worked in a variety of fields throughout his life. At the time of his death, he was the Physical Facility Specialist of the Star Valley Medical Center in Afton. Bob loved serving in his many church callings from bishopric positions in Minnesota to Elders Quorum, teaching, and clerkship roles in his Wyoming ward. He spent his life in the service of others and never turned down requests or opportunities to help family, friends, and neighbors.

JoAnne spent many years as a nurse and working with children of special needs. She maintained her nursing license through 2006 and loved her time spent in service to others. She especially loved being a mother, grandmother, and most recently a great grandmother. She spent much of the last few years with Bob working on family history work at the Star Valley Temple.

A Visitation was held Tuesday December 22nd at the Schwab Funeral home in Afton, Wyoming. The Funeral was held at the Afton 4th Ward, The Church of Jesus Christ of Latter-Day Saints, on Wednesday December 23rd, 2020. Interment was at Fairview Cemetery in Fairview, Wyoming.

Bob and JoAnne touched many lives with their kind and gentle spirits. They will be missed by friends and acquaintances and will always be in the hearts of their loving family.