Athletics open with a rugged win over Mabel-Canton 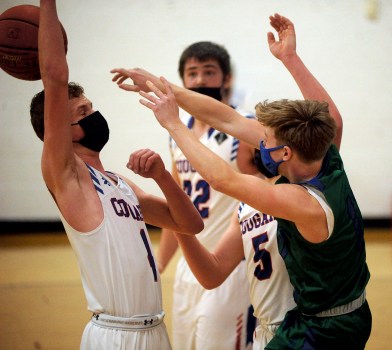 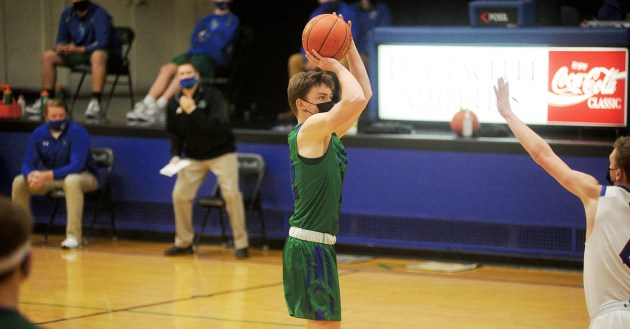 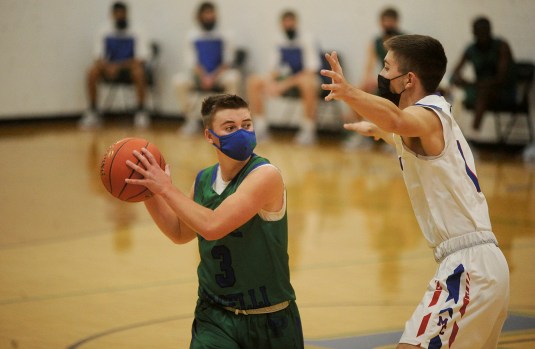 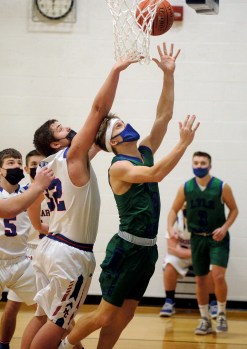 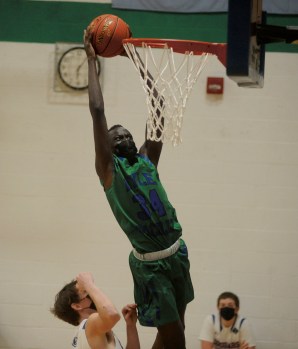 LYLE — The Lyle-Pacelli boys basketball team showed spurts of what it will be capable of this season, opening with a 71-35 victory over Mabel-Canton (0-1 overall, 0-1 SEC) Friday night.

The Athletics led just 21-13 late in the first half, but they were able to hit their stride for a stretch, closing the half on a 19-4 burst that put the game away. Sophomore Buay Koak hit three three-pointers during the run, including back-to-back triples in the last 30 seconds of the half.

Koak finished with 31 points, eight rebounds, two blocks and two assists, but was knocked on his back on a couple of his drives to the hoop.

“Everybody was excited to be back. It had been a long time,” Koak said. “I’ve just got to go to the rim strong and be careful with how I land.”

The Athletics eventually triggered a running clock when they went up 64-29 with 6:30 left in the game, but head coach Scott Koenigs thinks his team is capable of playing much sharper as the season goes on.

“We want to play really up tempo basketball and we had some parts where we went to the spots where we were supposed to be, but we didn’t always get what we wanted,” Koenigs said. “There was a lot of rough housing, pushing and shoving and that’s not our style of basketball. Our style is more about pressuring, attacking and creating.”

After scoring the first six points of the game, the Athletics went on a lengthy scoring slump. The Cougars responded by taking a 7-6 lead when freshman Cayden Tollefsrud, who finished with 20 points, scored. The Athletics responded with a quick 10-0 run that was ignited by a Jake Truckenmiller three-pointer.

Truckenmiller, a sophomore, later hit another three to put L-P up 27-14

The first half saw a lot of contact and both teams battled foul trouble, but the Athletics remained unfazed. Senior Zach Bollingberg, who had 13 points, eight rebounds, four steals and two assists, said the team has a lot more help this year than it had last year. That depth will be key as L-P players didn’t have a lot of time to prepare for a season that has them playing in masks.

“It’s going to take some time to get used to it, but we have a deep enough team this year to throw guys in and they know what they’re doing. I think we’ll be good this year,” Bollingberg said.