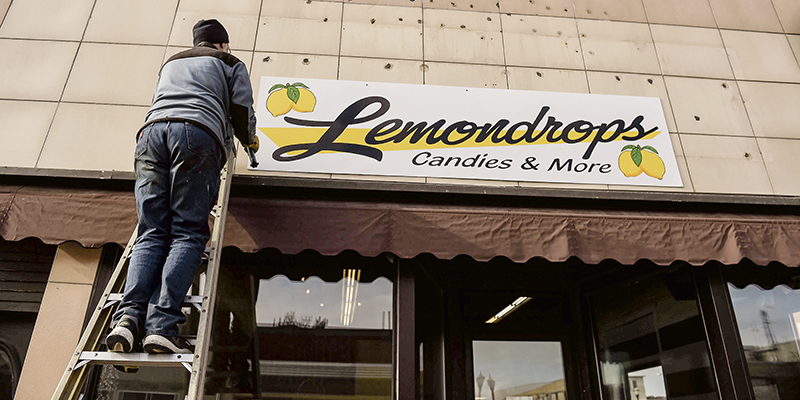 Austin Main Street is about to get a little sweeter.

Not long after the start of the new year, Lemondrops Candies & More will open on Austin’s main downtown thoroughfare.

Owned by Sally Wolcott, the candy store eyes an opening of late January or early February and will feature a little bit of everything, including chocolate and candies along with nuts and gourmet popcorn.

“I noticed we didn’t have a candy store,” Wolcott said, standing in the middle of her store next to Superior Cannabis. “It’s going to be a combination of a lot of different things.”

Not only will the store feature various candy and good opportunities, but it will also contain a variety of clothing and general goods.

On top of that will be art from Wolcott’s mother Mary Wolcott and daughter Angela Wolcott including jewelry pieces.

Wolcott left Austin in 1992 for Naples, Florida and held a variety of positions in a variety of areas after that. She has worked a number of years in marketing including being owner of RadioWorks, a marketing firm.

Ultimately, Wolcott made her way back to Austin with an idea of starting a candy store. In September of this year she began talking with Terry Hall about securing the store’s spot, however, the idea had roots for quite a while.

“I’ve had (the idea) for a while,” Wolcott said. “First, I wanted a candy store, but then I wanted nuts and popcorn as well.”

One of the things that will set Lemondrops apart as a store is how it will rotate items out in the hope to introduce new treats.

A lot of the items will be imported including chocolates from Italy and France.