Sweating out a surprise 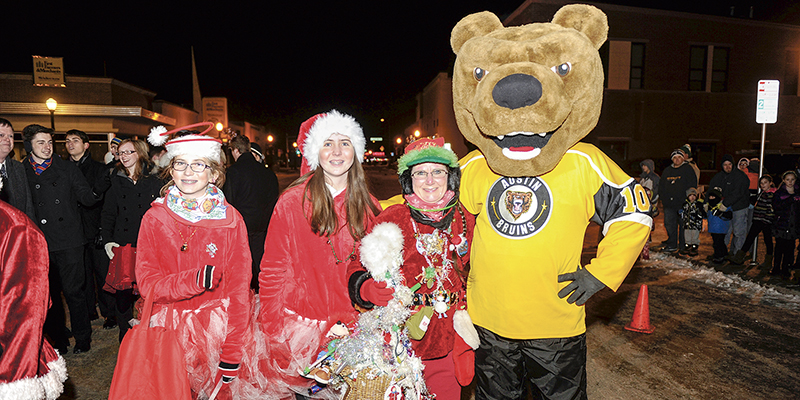 Mary Nelson, aka Merry Elf, recently won a Christmas sweater contest that earned her an appearance on the Ryan and Kelly Show. Herald file photo

While the calendar says Christmas is still a couple of weeks away, Mary Nelson of Austin had her own version of Christmas morning in her home Tuesday morning. 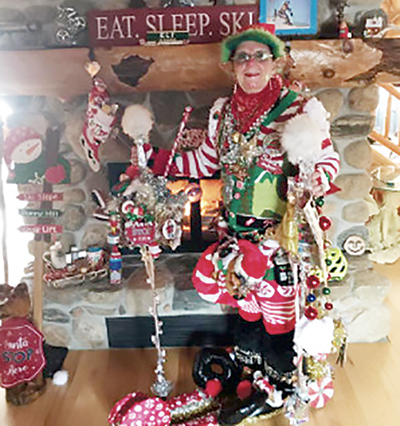 Merry Elf shows off the outfit that won her an appearance on the “Ryan and Kelly Show.”
Photo
provided

“They called my name as the very last name and I couldn’t believe it. When you think of people all over the country, that’s a lot of people and who would’ve thought someone from Austin would win? I didn’t get to talk to Ryan and Kelly, which I wanted to because I watch them every day. I love their show,” Nelson said. “I’m very excited. The best part is to hear some good news for a change.”

While living in a pandemic, there hasn’t been much to look forward to for anyone, but Nelson, who moonlights as ‘Merry Elf Elfson’ embraced the Holiday sweater contest and she spent a long time creating it. Her final product was a dress that included cut off sleeves and her elf attire.

“I spent a long time on it and it was complicated, which is probably why I won,” Nelson said.

Nelson won the contest based on voting from viewers and she was in awe of how many people in Austin got out and spread the word of the contest on social media.

“I want to give a huge thank you to everybody who voted for me,” Nelson said. “Everyone got on Facebook and helped me out.”

Besides her elf duties, Nelson lives an incredibly active life as she skis in the National NASTAR competition most years and she has biked in the Ride Across Minnesota for Multiple Sclerosis for 30 years straight. She is also an advocate for wearing helmets.

“I’m the elf that tries out the skis, the snowboards and the bikes. Make sure you always wear a helmet,” Nelson said. “The best gift you can give a kid is a helmet. No toy is going to do any good if you have a cracked head.”

After weeks of anticipation, Nelson spent nearly three hours waiting to find out if she won the contest on Tuesday morning. She held a chocolate coin melted in gold, hoping to display the coin on TV, but by the time she was announced the winner, the coin had melted in her hand.

“It was a really exciting morning and people just like to hear some good, fun news for a change,” Nelson said. “It was even a miracle that we got my zoom to work.”