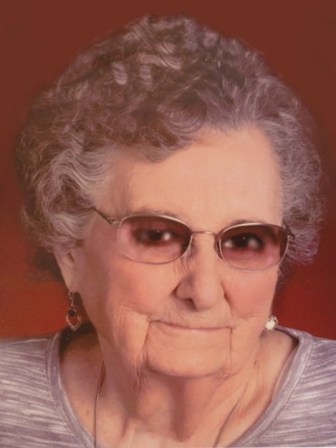 Rose was born on September 20, 1932 to her parents Mary Christina and Frank Wencil Pisney on the family farm near Chester, IA. She would grow up on that farm with her four brothers and a well-loved horse that she rode through the fields to her one-room schoolhouse. At Chester High School she was a fine girls basketball player, who was recognized in the DesMoines Register. She was also Valedictorian of her 1949 class of 7 students, which also included her sweetheart Huck, “who provided no competition”…. she giggled when she told you that!!

Rose and Huck would marry at St. Stephen’s Catholic Church in Chester on June 28, 1952. Rose followed the family tradition as her parents were the first couple married in that parish.

Soon after their marriage, Rose, Huck and his parents left Chester and headed to San Francisco, CA. as Huck had enlisted in the United States Navy. During that time in California, Rose frequently said a tearful goodbye to Huck as he was deployed on various ships to the Pacific. She worked at a large insurance company where her hands were “permanently blue from the carbon and mimeograph paper.” Their first-born daughter Patricia Lea Ann was born on the Oakland Naval base on April 16, 1953 after a nerve-wracking ride across the Golden Gate Bridge.

Rose left her heart in San Francisco in 1955 and returned with her family to the Midwest. She and Huck would welcome their second daughter Terry Ann on April 16, 1956 at the Austin, MN Memorial Hospital. Lisa Lea Ann would join the family on November 23, 1960. Rose’s hands were full of girls as Huck was an over-the-road truck driver who frequently left on Sunday evening and returned to his “hen house” on Friday. She was a loving, stay-at-home Mother to her chicks and could always be counted on by supporting them in their school days at St Edward’s Catholic School and by encouraging them to “go play outside” with the many children of the 18th Street SW neighborhood. She liked it when the girls were at play so she could watch “As the World Turns” or have coffee with the other Moms of the block….she was deadpan serious when she told you that!

In the heat of August 1966, the family and their horse drove into Green Bay as Huck joined Packerland Packing Co. as a truck dispatcher. For once, the family had dinner together every evening and Dad was “the full-time Rooster in the Hen House.” It was a happy time for everyone and Rose loved her continued role as stay-at-home Mother. As the girls got older, horses would dominate the family as both Terry and Lisa were accomplished horse women. Rose and Huck delighted in supporting them as they watched from the rail at many horse shows. The family joked that Patricia “liked her horses under the hood” so Rose made sure that she got her first car at age 16!

Rose’s career outside the home as a hostess/cashier at Marc’s Big Boy started in 1971. She loved that job and her role as greeter/seater/cashier to the many regulars who came into the Main Street location. Many friendships were formed during her long tenure there. When a job at the American Red Cross came to her attention, Rose joined that organization. She was responsible for the mobile unit and travelled with the nurses to many communities for blood draws. She was respected and loved by co-workers there and retired from there after 26 years. Rose loved to joke to her many friends that “at Big Boy I took your cash and at the Red Cross I took your blood!!” Her lunches with her group of Red Cross retirees were a monthly outing until the early months of 2020.

With all of their chicks out of the hen house, Rose and Huck enjoyed time with Lisa and Larry Madsen in Door County where fishing was a big time

family competition. Terry, Laurie and Patricia’s family also joined the group there and in Green Bay where highly competitive cribbage games were a constant opportunity for bragging rights…. with Huck and Lisa being the loudest!! Numerous trips by car or in their frequently broken down 35-foot motorhome gave Rose and Huck many travel tales and family memories. Trips to Las Vegas were numerous and extended trips to Washington, DC and Florida were among Rose’s favorites. In their mutual retirements before Huck’s passing in 2007, the two of them enjoyed their weekly visits to Oneida Casino.

After Huck and Lisa’s passings, Rose focused on a quiet life at home and at weekly mass at St Bernard’s Catholic Church. As personal health matters and social distancing precautions related to Covid-19 caused new concerns, a wonderful angel nurse named Kailey came into Rose’s world. Her twice weekly visits to attend to Rose’s needs brought much joy and peace of mind to Rose and her daughters. Along with Terry’s frequent visits bearing wonderful homemade food and Patricia’s nightly calls, Rose’s world quieted and focused solely on family, her dog Dolly, her tablet and her big-screen television. She loved to say that she was “really good at doing nothing!”

It would please the family greatly if you chose to honor Rose with a donation to your favorite charity in her name. Stacks of mailers from St Jude Children’s Hospital, Boy’s Town and the Wounded Warriors Project on her kitchen table attested to her ongoing support. St Bernard’s Catholic Church is another suggestion. In closing a special thank you to Jeane Smits and staff at Proko-Wall and Fr. Mark and Deacon Bernie of St Bernard’s for their kindnesses.