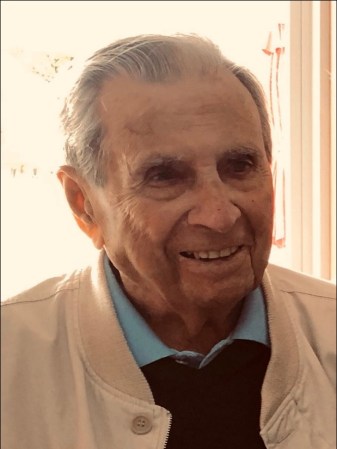 Robert Charles (Bob) Fossey of Scottsdale, AZ passed away December 3, 2020 at Lovin Manor assisted living in Scottsdale at the age of 92. Always cheerful, friendly, honest, and humble, Bob lived an honorable life, content with his many blessings of family and friends.

Bob was born in Austin, MN September 25, 1928 to Charley and Edna Fossey. Bob graduated from Austin High School in 1946, then continued on to Austin Junior College and from there completed his degree at the University of Minnesota, Minneapolis, graduating in 1950 with a business degree. From 1951 – 1953 he served in the Army and was assigned to Fort Belvoir, Virginia, where he met Barbara Mae Dove, of Alexandria, Virginia. They were married 6 days after he was discharged. They settled in Austin, MN where Bob had a job waiting for him at the John Deere dealership that his father owned, and which his brother was helping to operate. Bob spent 21 years as part owner/operator of Fossey Implement along with his brothers Dean and (silent owner) Darol. In 1974 they sold the dealership and began a new chapter selling real estate in Austin until 1978. It was time to get out of the cold weather, so he and Barbara (Bobbye) moved to Arizona to warm up! He continued in the real estate business working for Ranch Realty on McCormick Ranch in Scottsdale, until retirement. He and Barb also owned and operated Phoenician Travel for many years.

Bob was known as a man of great integrity and honesty, and if he couldn’t tease you about something, his day wasn’t complete. He and Barb had many great friends from Austin, Scottsdale and scattered throughout the USA that they loved to host in their home and go to visit. He was a staunch, proud Norwegian and some would say, a hardheaded Norwegian too! He loved to joke with everyone and was especially happy when you’d throw it right back at him. Never a harsh or unkind word from Bob, never! He was the kind of guy who would never forget if he owed you money for anything, even if it was only a nickel; you could count on the fact that you would get paid. He bought his first house in Scottsdale on a handshake, with the assumption that he’d take care of the details after he got back from Vegas…the next week! He was honest to a fault.

Bob was greatly loved by all and will be missed by his children, sons-in-law, grandchildren and great-grandchildren and many nieces, nephews and his sister-in-law, as well as his many business associates and friends. He was preceded in death by his beloved wife Barbara in 2006, his brothers, sister-in-laws, and his parents. Bob and Barb had a genuinely loving marriage of 53 years. He is survived by his daughter Lynne (Bill) Bushlack of Indianapolis, IN, daughter Kim (John) Cerchiai of Cave Creek, AZ and son Craig of Phoenix, AZ, grandchildren Ryan (Katie) Bushlack, Katie Bushlack, Matt (Jen) Cerchiai, Charley Cerchiai, and Christina Cerchiai, Erica (Jesse) Ignjatovic, and Daniel Fossey, and great grandchildren Isla and Costa Ignjatovic.

Due to current circumstances, services will be held on Sunday, April 18 at 11:30am at Ascension Lutheran Church, Paradise Valley, AZ