While Gov. Tim Walz and the Minnesota Department of Health say their shutdown decisions have been driven by data, it’s increasingly apparent we don’t have enough data to reasonably justify continuing to impose crippling economic restrictions on certain businesses.

Hospitality Minnesota makes a strong argument that bars and restaurants shouldn’t face continued closures when the health department data attributes only 2 percent of the spread through documented outbreaks as coming from their business.

In fact, 7-day average positive rates went down slightly after the bars closed on Nov. 20, but spiked by Nov. 25 while the bars were still closed, suggesting the spread was from people who were gathering elsewhere and not at bars.

COVID-19 cases, positive rates and hospitalizations continue to moderate or go down. While deaths remain at a relatively high level, those also seem to be dropping or moderating also. COVID rates are coming down in all Upper Midwest states that don’t have restaurant bans.

Yet Minnesota kept its bar and restaurant restrictions in place for three more weeks.

A number of significant factors have changed since the restaurant-bar shutdowns in the spring and even in November.

Chief among those mitigating factors is the presence of the vaccine. Already thousands of health care workers are getting the protection from the virus they need. Treatment of COVID cases has much improved, according to health experts. Knowledge of how the virus spreads also has improved.

Minnesota Health Commissioner Jan Malcolm argued against the 2 percent spread case made by Hospitality Minnesota, saying that one person getting COVID in a bar could spread it to up to 70 others. If that’s the case, that should be shown in the numbers attributed to bars and restaurants. Such undocumented spread would also apply to other settings.

While ICU hospital capacity appears to be at 80 percent to 90 percent, hospital data shows additional “surge” beds that could be deployed adding 50 percent to existing capacity.

An analysis by Minnesota Public Radio data expert David Montgomery points to health data that shows bars and restaurants are connected to 3.8 percent of the cases where contact tracing was done, but only about 2 percent if one includes all cases.

Hospitality Minnesota also argues convincingly that alternatives to bars and restaurants may be more risky for spread. Many will likely gather with friends at indoor spots like homes and heated garages. And let’s not forget, the law still allows church services of 250 people.

Walz and Malcolm are right: The holidays can be problematic for socializing. But it seems as likely we will have virus spread in unregulated environments like people’s homes versus bars and restaurants, where mask requirements are enforced.

Al Batt: A bad case of the Mondays 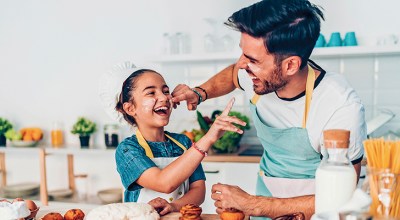 Jena DeMoss: Tasty times together in the kitchen

Emmett Till investigation closed by feds; no new charges