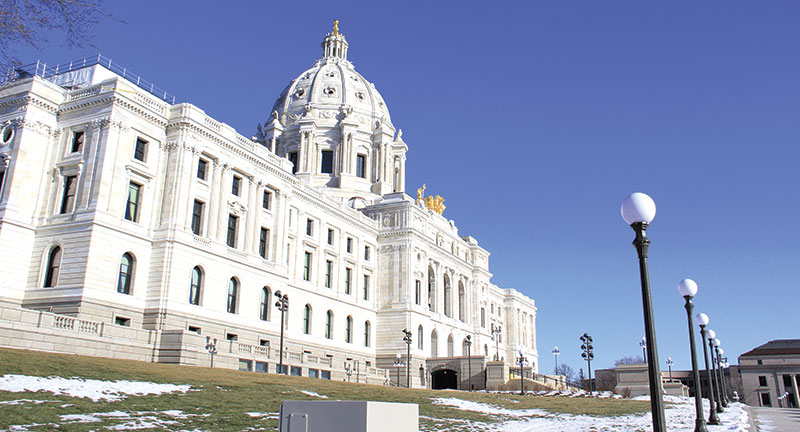 Legislative leaders from both parties agreed last week on a key component of the package, a grant program for businesses such as bars and restaurants that the governor shut down last month for all but takeout and delivery service. They agreed Sunday night on the other major component of the bill, extending unemployment insurance for affected workers for 13 weeks starting Dec. 27. But negotiations on some details continued into Monday evening.

“This economic assistance package is a bridge until we receive more substantial assistance from the federal government,” Democratic House Majority Leader Ryan Winkler, of Golden Valley, said during a news conference. “But it won’t address all the needs of Minnesotans at this time. We know that.”

The package does not include some proposals that lawmakers floated earlier in the discussion stages, such as $500 one-time stimulus payments to low-income families sought by Democrats or any easing of liquor laws to let restaurants and bars sell larger containers of beer or cocktails to go. Negotiators said they focused on what all sides could accept so they could get the money out the door as soon as possible.

Walz plans to announce Wednesday whether he’ll ease or extend any restrictions past Friday’s expiration date. The “pause” also shut down high school and other organized youth sports, which is the subject of a lawsuit.

Baker and other GOP lawmakers at a news conference faulted the Democratic governor for not giving businesses much advance word before he ordered the pause, and for twice postponing the announcement on whether he’ll relax or extend the restrictions. The announcement was first set for Friday, then moved to Monday, and finally to Wednesday because Walz wanted to see more data on whether a feared surge in cases due to Thanksgiving gatherings had materialized. Some businesses are threating to open this week in defiance of the governor’s order.

“We need to be able to start talking about trusting our business owners that want to help, want to be part of the solution. But when you keep leaving us in the dark it becomes incredibly frustrating, incredibly maddening,” Baker said. He said he doesn’t advocate violations, but understands why some business owners are impatient.

The grant program is meant to quickly get money to the hardest-hit businesses, including fitness centers, breweries, wineries, bowling alleys and other venues. The Department of Revenue will send $88 million in automatic payments to hospitality businesses that have lost at least 30% of their sales. The grants will range from $10,000 to $45,000, depending on the number of employees.

But $112 million of the package will be funneled through county governments to struggling businesses that don’t meet the criteria for automatic payments to ensure that they don’t fall through the cracks. A $14 million portion of the grants will be sent to movie theaters and convention centers through the Department of Employment and Economic Development.

Baker said they originally had hoped the money would start arriving in bank accounts by the end of the month, but that those grants might not arrive until early next month. He said they’re hoping the counties will send the grants by late January or early February.

This will be Minnesota’s seventh special session of 2020. They became monthly affairs because Walz was required to call one each time he extended Minnesota’s peacetime state-of-emergency for another 30 days to renew the special executive authority he has used to manage the pandemic.

Republican lawmakers made another symbolic attempt Monday to rescind those powers, but they’ve been blocked repeatedly by the House Democratic majority. They are expected to seek a greater say for the Legislature in the pandemic response during the 2021 regular session, which convenes Jan. 5.