Man charged with attempting to have sex with a minor

An Austin man who allegedly sent a lewd photograph to a 15-year-old and asked her to have sex with him made his first appearance via remote technology on Thursday in Mower County District Court. 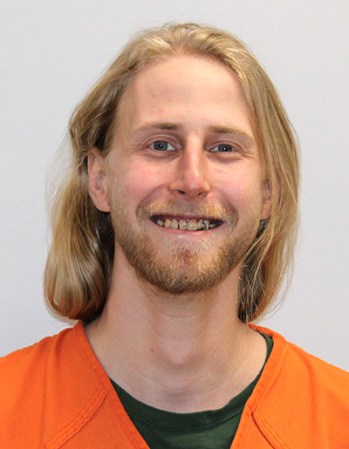 According to the court complaint, the parents of a 15-year-old female met with an Austin police officer on Nov. 29 to report that their daughter had been having sexual electronic communication with Nisley. They reported that Nisley sent a lewd photographs, which the officer saw on the victim’s cell phone along with messages between the two. The victim said she had been in contact with Nisley via Zoom and that Nisly had recently relocated to Austin from Nebraska. She reported that he was residing at a residence on the 1400 block of Ninth Avenue Northwest.

A detective met with the victim, who said she met Nisley three years earlier and they became “friends” on Snapchat. She indicated she lost contact with him for a while, but reconnected with him in August. She said she communicated with him via the “Discord” app and that they had recently been using Zoom messenger.

The victim said Nisley sent her a lewd photograph on Nov. 13 and that she was “surprised and shocked” that he had done so and acted like she wanted it.

The victim also indicated she had met up with Nisley several times at a park, where they would talk. She said Nisley kissed her a few times and tried to touch her inappropriately, but she pushed him away. She said their conversations were about life and daily routines, but he would often try to make them sexual in nature and asked her three times if she wanted to have sex. While Nisely never directly asked her for lewd pictures, the victim said he implied that if she wanted to send him any he would not show them to anyone else.

Nisley was located and arrested on Dec. 1. He was read a Miranda warning, but did not wish to provide a statement.

A review of Nisley’s criminal record shows a 2014 conviction for assault and injure/tamper/destroy another’s property in Lancaster County, Nebraska. He also has an active warrant from the Lancaster Sheriff’s Office on a charge of attempt of a class IV felony.

Nisley will appear in court again on Dec. 17.