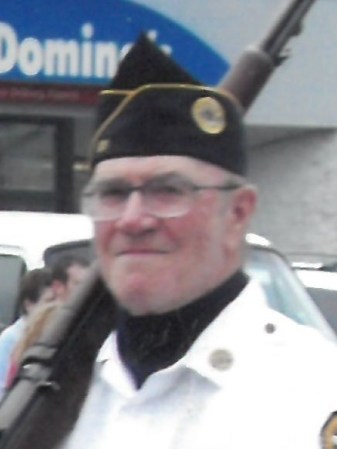 Julian “Jay” George Jessen, age 78 of Austin, Minnesota, passed away Thursday, November 26, 2020, at his home. He was born December 8, 1941 in Bremerton, Washington, the son of George and Evelyn (Lang) Jessen. Jay attended school in Winona, Minnesota before entering the reserves by his father swearing him in, he went into active duty. He served two tours in the Navy, the first tour was from December 6, 1960 to December 6, 1962, serving on the USS Canberra. After being discharged from the Navy, Jay lived in Loyalton, California, where he worked in a lumber mill for two years before returning to Winona, Minnesota. He then reenlisted for a second tour where he went into active duty, going to the West coast, and served during the Vietnam War on the USS Nicholas DD-449 stationed in Hawaii. After Jay was discharged, he returned to Winona, Minnesota and attended Winona Vocational School, where he took Engineering Tech for surveying and drafting. Jay was then hired by city engineer, Roger Nelson to come to Austin and work as a City Technical Engineer in June of 1968. He worked for 40 years and 9 months before retiring in March of 2009. Jay was diagnosed with Parkinson’s in April of 2009. He married Nancy Kay Mortensen on April 12, 1972 at Our Savior’s Lutheran Church in Austin. Jay was a life member of both V.F.W. Post 1216 and the American Legion Post 91, where he served as commander for two terms and was also on the honor guard, honoring other members. He enjoyed watching sports, walking, and biking with his granddaughters.

Survivors include his wife, Nancy Jessen of Austin; their children, Thomas Jessen of Fredericksburg, VA, Kristina Baker of Austin, Ranae Carroll and her fiancé, Brandon McFarland of Austin; one grandson, Codee (Michelle) Jessen of Lakewood, CO; two granddaughters, Reanna Gutierrez of Austin and Lillian Dolph of Austin; one great grandson, Christian of CO; one goddaughter, Glenda (Anthony) Earles and their children, Bryan Goertz, Preston Zander, Isbella “Izzy” Earles of Austin; three brothers, Dale (Audrey) Jessen of Gulfport, FL, Wayne “Butch” Jessen of Winona, and Charles (Rita) Jessen of Winona; one brother-in-law, David, Sr. (Marlene “Molly”) Mortensen of Adams; and many nieces, nephews, other relatives and many friends. He was preceded in death by his parents, George and Evelyn Jessen; and one brother, George Jessen, Jr. Blessed be his memory.

A funeral service will be held at 1:00 p.m. on Thursday, December 3, 2020 at Worlein Funeral Home Chapel in Austin. Due to COVID-19 restrictions, the funeral home is limited to 57 people for the service. Visitation will be held from 4:00-7:00 p.m. on Wednesday, December 2, at Worlein Funeral Home in Austin. Masks, social distancing, and all COVID-19 protocol will be enforced. Interment will be in Oakwood Cemetery, Austin. Military honors by American Legion Post 91. Services are prearranged and performed with Worlein Funeral Home of Austin. Condolences may be expressed to the family online at www.worlein.com.