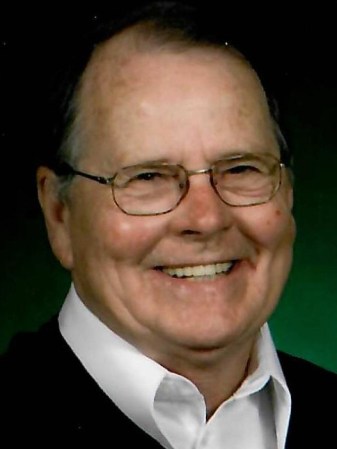 Jerry Daniel Allen, 83 of Austin, Minnesota, passed away at St. Marks’s surrounded by his family on Monday, December 14, 2020.

Jerry Daniel was born August 8, 1937 in Dallas, Texas to Thomas Clarence Sr. and Clara Matilda (Duncan) Allen. He met the love of his life when he was 13 at a school dance for Jesuit College Preparatory and Our Lady of Good Counsel in Dallas, Texas. Jerry was united in marriage to Susan Marie Mordaunt on February 23, 1957. Jerry worked in sales and marketing for Hormel Foods for the majority his career, which gave him the opportunity to travel and live in many states before settling down in Austin, Minnesota. Upon retirement, Jerry felt the need to continue working in his field and began a part-time job designing and selling billboard advertisements.

Jerry was a dedicated father to his three children: Joe, Jennifer, and Stephanie. He was such a wonderful supporter of all their sports and activities through the years. In 1979 Jerry put his sales and marketing skills to work and started the Pacelli Golf Day fundraiser. He was able to raise significant funds for Pacelli Catholic High School, which all his children attended. In 2015 he was inducted into the Pacelli Hall of Fame for being the founder of this amazing event that is still active to this day.

Jerry was a grandfather of five and very proud of all their achievements. He loved teaching them to golf, fish, and to work hard to achieve your goals. He also had three great grandchildren with whom he loved playing with at the park, feeding the ducks, and holding their little hands as they walked.

He was a devoted member of St. Augustine Catholic Church in Austin. He enjoyed playing cards with family, taking drives with Susan to visit restaurants, casinos, family and friends. Jerry and Susan always enjoyed golfing together. It was 16 years after Susan’s, but he finally got his hole-in-one in 2015!

Jerry was taken too soon from our family. He is survived by his children, Joe Allen of California & Colorado, Jennifer (Brad) McNally of Austin, and Stephanie (Russ) Lang of Maple Grove; grandchildren, Jeremy Allen of Burnsville, Andrew (Megan) Allen of Plymouth, Elizabeth (Tom) Fedoryk of Austin, Joseph McNally of Austin, and Katherine (Christian) Morgan of Albert Lea; great grandchildren, Ethan and Sophia Fedoryk, and Connor Morgan; siblings, Ted (Patricia) Allen of Houston; in-laws, nieces, nephews, cousins, and many other family members and friends.

The Allen Family is planning a Memorial Mass at St. Augustine Catholic Church for Jerry and Susan this spring/summer. Details will be announced at that time. Clasen-Jordan Mortuary is handling arrangements.