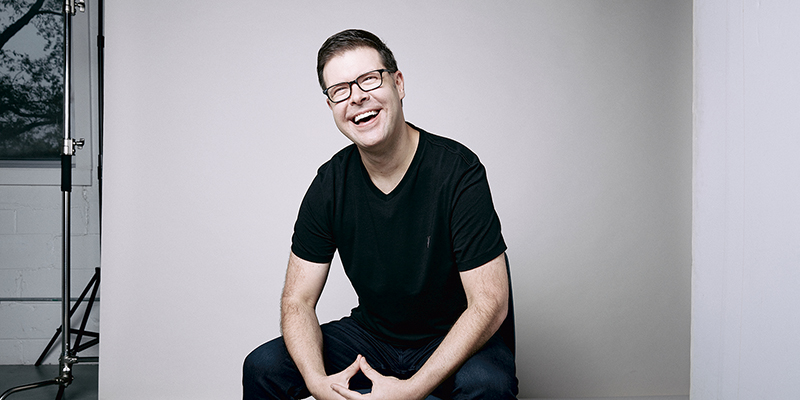 Tony Alonso, who graduated from Austin High School, was recently nominated for a Latin Grammy Award for his album “Caminemos con Jesús/Let Us Walk with Jesus.” Photo provided

In a quest to get in touch with his Cuban roots, AHS alumTony Alonso found himself chasing a Latin Grammy along the way

There’s no doubt Austin High School graduate Tony Alonzo has come a long way since he left those halls in 1998.

His time has included writing a song for a visit from the pope to the United States and being an assistant professor of Theology and Culture and Director of Catholic Studies for the Chandler School of Theology at Emory University.

At no time though did he foresee a shot at winning a Latin Grammy.

Alonso’s album, “Caminemos con Jesús/Let Us Walk with Jesus,” was nominated in the Best Christian Album category and while he didn’t win, the experience remained unexpected.

“They were nowhere on our radar,” Alonso said of the Latin Grammys from his home in Atlanta. “This was about trying to realize this dream of combining my dream of composure of church music and love of Cuban music.” 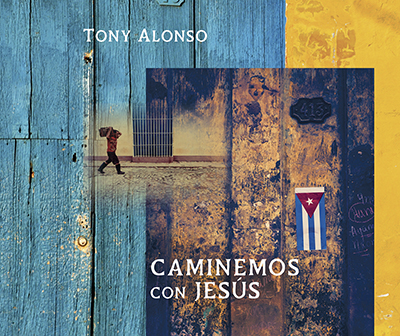 Even though Alonso was born in the States, his heritage remained tightly connected to Cuba from which his grandparents and father emigrated, settling first in Florida before finding their way to Minnesota.

However, Alonso still wanted to connect to the music and the heritage of his grandparents, Antonio and Daisy Alonso.

“My father is from Cuba, but my mother is from Winona,” Alonso said. “Most of my music sounds more Minnesota than Cuban. I wanted to refresh my Cuba heritage.”

Alsono remembers fondly the impact music made upon him at an early age.

“The music has been a part of me since childhood,” Alonso said. “My grandfather gave me Cuban music assignments like he was assigning homework.”

That music remained a part of him growing up. After his grandmother passed away, Alonso and his father, Tony, traveled to Cuba, where Alonso was able to further connect with his Cuban ancestry.

After the trip, Alonso began working on the album, which ultimately led him to a studio in Miami, Florida. The goal was simple.

“I very much wanted to serve that community,” Alonso said. “We just didn’t have Latin Grammys on the horizon.”

The effect was no less of a shock.

“I was stunned and excited,” Alonso admitted. “I knew right at that moment it was a huge affirmation of what we had done. I really wanted to create something authentic.”

While those working with Alonso were just as excited, there was a sense of realism to his own feelings, realizing that he was a newbie to this world.

“I would say the people around me are more optimistic than I was,” Alonso said. “I felt deep gratitude for the nomination, but I’m an unknown name in that world. You get nominated and you have two or three weeks basically to get out a campaign. Get it out on social media. We’re like a tiny thing in this huge ocean.”

Alonso watched the event from the studio in Miami with his producer, friends and family. Ultimately, the Grammy went to “SOLDADOS” by Alex Campos, but Alonso remains proud of the work he did on “Caminemos con Jesús.” It’s a confirmation of sorts.

Tony Alonso graduated from Austin High School in 1998, but never dreamed of being nominated for a Latin Grammy. Photo provided

“I don’t know of another project like this one that combines sacred music and traditional Cuban musical styles,” Alonso said. “This is a watershed project and to get this international attention is the best outcome.”

Alonso isn’t new to big moments like the Latin Grammys. In 2015, he composed “Cueten las Maravillas del Señor” (Proclaim His Marvelous Deeds) that was sung by a choir during the mass to canonize Junipero Serra at the Basilica of the National Shrine of the Immaculate Conception.

In attendance was Pope Francis.

“I’m delighted with the opportunity to be able to go to the mass and that much more humbled that I was able to contribute in some small way to his visit,” Alonso said in 2015.

However, over time, Alonso has seen a shift in his work and while music still plays a major part in his life, he has moved to a more academic course with his assistant professor job.

And yet, there is still a connection.

“I really see them as two manifestations of the same vocation,” Alonso said. “Music, in particular, is deeply formative in theology practice. I see music as the more practical manifestation of the more liturgical side.”

It’s a connection he’s been able to trace back to Austin as well.

“I’m really grateful for my experience in Austin and it’s deep support for the arts,” Alonso said. “I feel like I’m a product of that.”