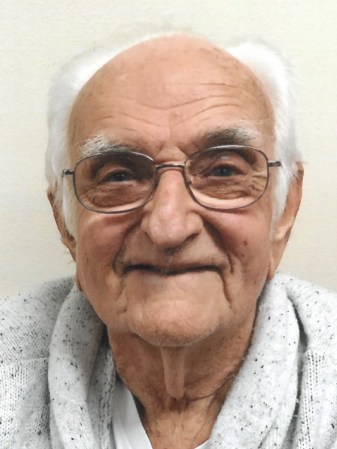 David was born February 28, 1930, son of John C. and Mildred (Boe) Corcoran, on his grandparents farm 3 ½ miles south of Grand Meadow, MN. He attended a 1 room school south of Grand Meadow until 1st grade. His family moved to Dexter, MN in 1936, then to Taopi, MN in 1939, where he attended school. David went to school in Adams for 2 years, when his family moved to Redwood Falls, MN December of 1941, where he attended school for 3 years. He graduated 8th grade from Dexter and 9th from Elkton, when in 1946 his family moved back to Redwood Falls. David worked at a power plant in Redwood Falls, and for his father on the tow mill. He joined the Minnesota National Guard for 1 ½ years before starting basic training with the U. S. Air Force January 9, 1951, in San Antonio, TX. David had 6 months of training at the Sheppard AFB air plane and mechanic school. He was sent to England in 1951 and was stationed at the Burtonwood AFB near Warrington, Cheshire, England. David met his future wife Mary Gallagher while stationed in England. The couple was married March 7, 1953, at Holy Cross Church in Liverpool. The couple was sent back to the U.S. in 1954 and David began working for the Central Iowa Telephone Co. in October of that year. The couple had 2 children, daughter Sharon and son Steven. David worked 17 years for the phone company as communication man installation and maintenance. The next 20 years as switching systems technician, retiring in 1991.

He was preceded in death by his parents, wife Mary on April 15, 2003, and a brother Danny Corcoran.

A Private Family Graveside Service will be held at Marshall Lutheran Cemetery in Adams, MN, with military rites accorded by the Cresco American Legion Post 135 and VFW Post 4561. Hindt-Hudek Funeral Home is assisting the family.