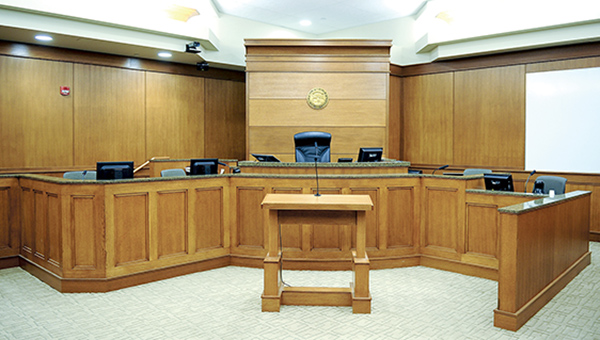 The resurgance of COVID-19 cases has impacted how local court cases can be handled. Herald file photo

The coronavirus pandemic has left nothing unaffected, and the Mower County District Court is no exception.

As 2020 comes to a close, the court finds itself far behind in its caseload compared to the same time last year.

“I don’t have an exact number, so I would just be estimating, but I would say it’s in the hundreds,” Mower County Attorney Kristen Nelson said of the overwhelming caseload. “As far as the prosecution of crime, (the pandemic) has dramatically affected the way we do things. Right now we’re in a full-on stop of all jury trials, so that’s not happening. Crime is still happening, however, so the cases just get backed up.”

Early on in the pandemic, the court resorted to using remote technology to maintain safety standards for court appearances. Nelson said there have been some drawbacks to the use of remote technology.

“It’s tough when they’re not here for you to see how they’re behaving or what they’re doing,” she said. “If you wanted to ask for them to be taken into custody, you couldn’t because they’re not here.”

Nelson did note, however, that there have been some positive aspects to the use of remote technology.

“One of the positives is that there are some things we’ve learned that we can do via remote technology that is saving some time and money,” she said. “We can conduct a hearing with somebody in the prison without having to send a sheriff’s deputy to get them and bring them back, then take them to the prison and come back. It’s saving transport dollars that way. Additionally, for our civil commitment and mental health hearings and our guardianships and conservatorships, those are being done via remote technology. The hospitals don’t want people coming and going from their facilities during COVID. That’s been a wonder because we save these patients the stress of the transport and having to appear in the courtroom, which can be very stressful for somebody who is having a mental health issue. I think there are a lot of ways for those civil-type aspects to benefit.”

Despite the caseload and delays in jury trials, Nelson said her office is still keeping the public’s safety in mind.

“If we can come to a conclusion that doesn’t negatively impact public safety, we will do that,” she said. “Our basic premise of protecting public safety and enforcing the rights of the victims still remains, so we’re not going to give somebody an extra good deal just to get it done right now.”

“Our victims are in a bad spot,” she continued. “Our victims are affected as well because they’re put on hold. Their attempts to get justice and have their say in a matter is put off as well and that can be tough, A lot of victims want their case heard, they want their day in court, they want their offender punished and we just can’t get there for a substantial period of time.”