Chief Axtell: Cop who shot, wounded man ‘fell short of standards’ on use of force 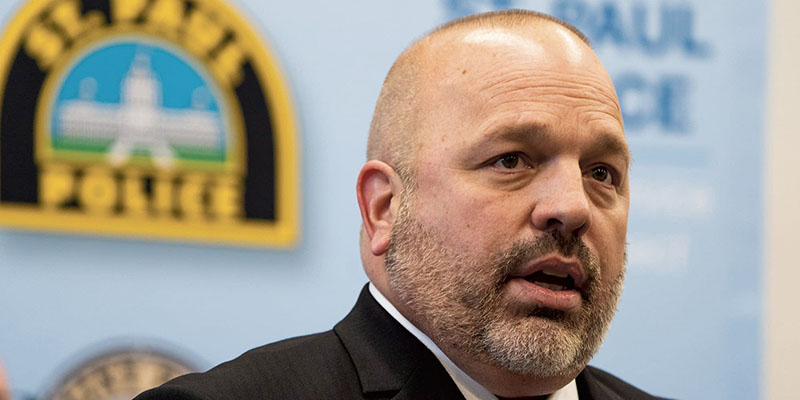 St. Paul Police Chief Todd Axtell speaks during a press conference about a use of force incident involving the shooting of an unarmed man in St. Paul, Minn., on Tuesday, Dec. 1, 2020.

In a press conference Tuesday, St. Paul Police Chief Todd Axtell said a shooting involving officers on the city’s north end last weekend did not measure up to department standards.

Axtell’s comments came as he released body camera video of officers confronting a man he described as naked and without possessions. The man was shot and wounded in the encounter.

“And when I asked myself if the officer’s action on Saturday night were reasonable and necessary,” Axtell said, “the only answer I could come up with is no.”

Axtell said he’s taking action against at least one of the officers involved, but citing state law said he couldn’t describe the action. He also declined to offer any more details about the shooting or the events leading up to the confrontation.

St. Paul Mayor Melvin Carter lauded the chief for releasing video of the incident so quickly, and said the city was dedicated to transparency.

The Minnesota Bureau of Criminal Apprehension is conducting an investigation of the incident.