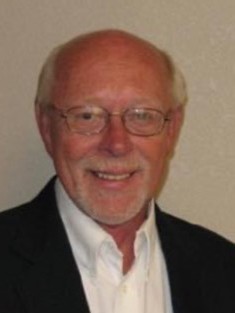 Tim was born June 8, 1949 in Luverne, Minnesota to Arnie and Mickey Gabrielson. His family moved to Austin in 1950 where Tim graduated from Austin High School in 1967. In 1969, Tim entered the United States Army where he served until he was medically discharged. After his service, he ran the Clark Gas Station for two years which was a popular place to get gas and visit friends.

Tim married Diane Dahlgren in 1973 and they had two children, Melissa and Jason. He worked for Wonder Bread in Owatonna until 1982 when he survived a horrible boating accident. After intensive physical therapy, Tim returned to Austin to work as an agent for Farmers Insurance for 29 years. Upon his retirement, Tim served as a Mower County Commissioner for 12 years and had just won reelection.

Tim was a very social person and loved nothing more than talking to people. He could be found all over town, at racetracks, golfing and fishing trips always visiting with people. He loved his family and friends dearly. He enjoyed spending time with them at the lake, boating, bowling and watching all of their sporting events. He especially loved helping Jason on the race car for many years and never missed an opportunity to tease Melissa with non-stop blond jokes.

He was preceded in death by his parents, Arnie and Mickey Gabrielson and in-laws, Richard and Dorothy Dahlgren.

There are no service arrangements at this time due to Covid and a celebration of life will be announced at a later time. Clasen-Jordan Mortuary is in charge of arrangements.