Prosecutors handling the Lois Riess murder cases agreed to have her serve the first of her life sentences in a Minnesota prison, making it highly unlikely Riess will ever serve any part of her time the Sunshine State.

Riess was convicted of killing her husband, David, in March 2018 in the couple’s Blooming Prairie, Minn., home, before fleeing to Florida where she befriended a woman with a similar appearance, then killed her and stole her identity. 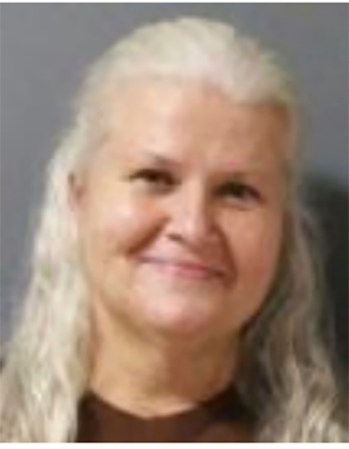 Riess pleaded guilty to first-degree murder in her husband’s death in August in Dodge County court, which cleared the way for her to serve her life sentences with no opportunity for parole in the Minnesota Women’s Correctional Facility in Shakopee. Prosecutors in Florida had sought the death penalty, but withdrew that possibility and accepted a plea for a life sentence. They also agreed to let Riess serve sentences concurrently in her home state.

Two principles led to that decision, said John Stiles, deputy Chief of Staff for the Office of Minnesota Attorney General Keith Ellison. First, Riess committed the original murder in Minnesota and only committed the murder in Florida in an attempt to avoid arrest and prosecution for her husband’s death. Second, the agreement brought an expedient resolution of the case for Riess family, rather than having to wait for years to be able to resolve the case here.

“We are grateful to our criminal justice partners from across the nation who brought a series of terrible crimes to an end, and brought a killer to justice,” Dodge County Sheriff Scott Rose posted on Facebook after Riess’ sentencing in Minnesota.

The two killings grabbed national and international headlines and earned Riess nicknames such as “Losing Streak Lois,” due to her penchant for gambling, and “Granny Killer.” While on the run, Riess drove thousands of miles from Minnesota to sunny Fort Meyers Beach. That is where she struck up a friendship with 59-year-old Pamela Hutchinson at a seaside eatery because they had a similar appearance. After eating together at the restaurant April 4, 2018, Riess went back to Hutchinson’s condo and shot her. Hutchinson was found dead in her room four days later.

Riess drove off in Hutchinson’s car and used the deceased woman’s credit card to pay for a hotel room and used her ID to make a $5,000 withdrawal from a Wells Fargo Bank. Riess also withdrew another $500 from Hutchinson’s account at another bank.

Florida Chief Assistant State Attorney Richard Montecalvo said an extensive network of freeway cameras helped authorities track Riess as she drove north out of Florida, then west, stopping at casinos in Louisiana before heading to Texas. U.S. marshals arrested Riess a month after the murders as she ate dinner in a restaurant on April 19, 2018 in South Padre Island, Texas.

The traffic camera video and images from hotels and casinos were key in building the case against Riess, Montecalvo said. His office compiled more than 1,200 photos, many graphic, and than 2,000 pages of documents.

Montecalvo called the case “bizarre, like something pulled out of a Hollywood movie,” But added the images and documents also helped build a strong case to take to trial and “fruitful sharing of information with Dodge County” authorities helped bring about “perfect resolution,” meaning Riess will never be free, he said.

During her Minnesota sentencing, Riess said she deserves the punishment she received.

“What I did was an unpardonable crime,” Riess said at her sentencing.