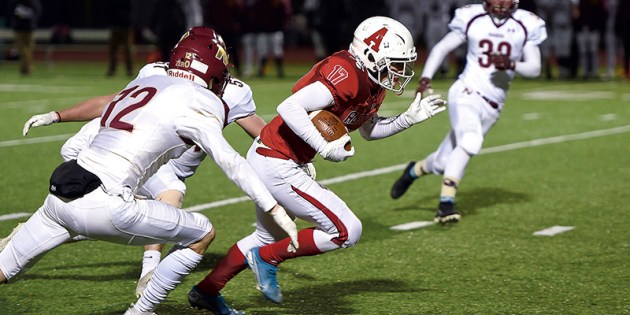 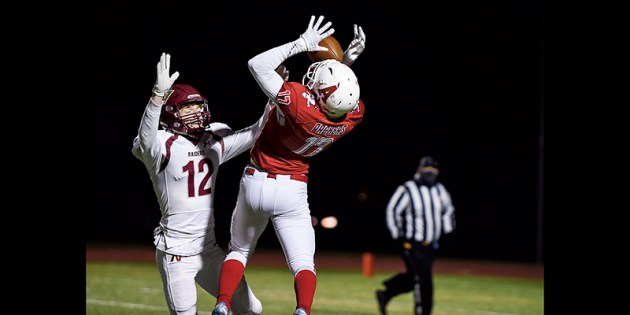 Austin’s Joe Ewing goes up to bring down a reception against Northfield Tuesday night. Eric Johnson/photodesk@austindailyherald.com 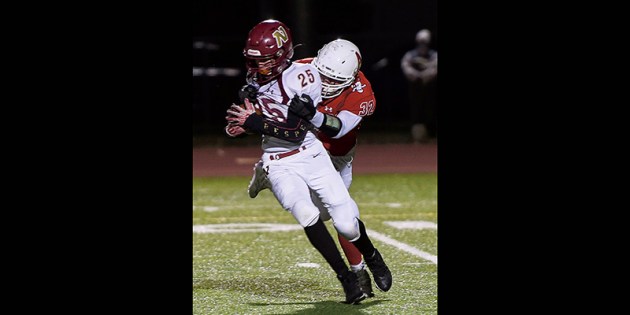 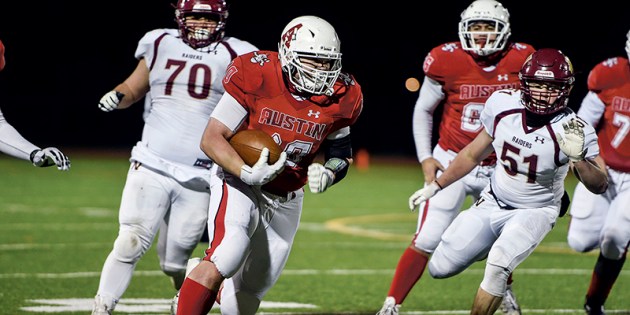 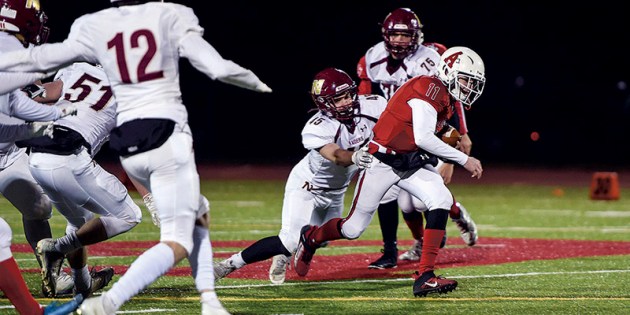 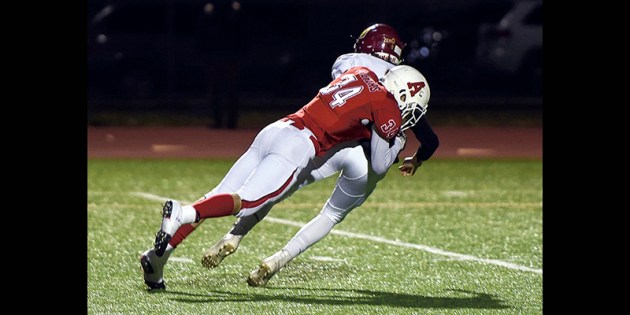 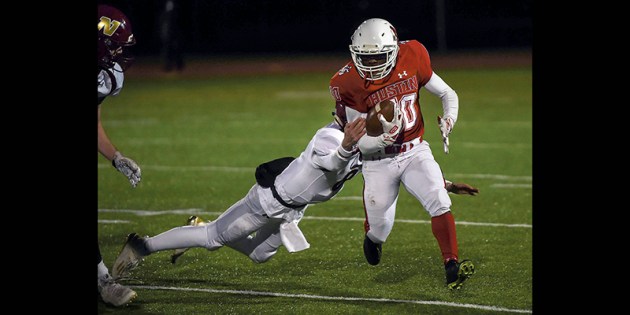 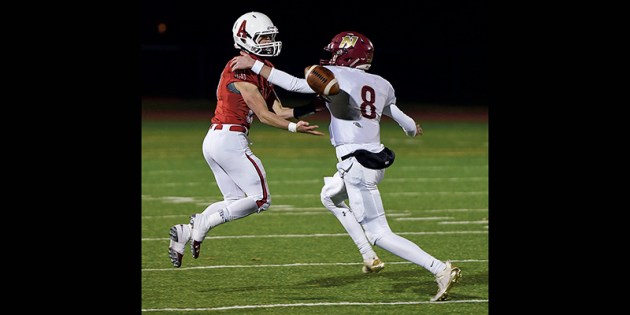 Austin’s Tommy Fritz tries to haul in a past while defended by Northfield’s Cole Stanchina Tuesday night. Eric Johnson/photodesk@austindailyherald.com

The Austin football team wasn’t able to convert its chances as it lost to Northfield by a score of 17-0 in a Section 1AAAAA Tournament game that was the last contest of the year for both teams at Wescott Athletic Complex Tuesday.

The Packers (1-6 overall) reached the Northfield 20-yard line on a pair of drives at the end of the first half, but one ended in an incomplete pass on fourth and 15 and the other ended on a botched snap on a field goal attempt. The Packers botched another snap on a field goal in the second half when they were trailing 10-0 after Henry Tolbert came up with a 39-yard kick-return to get the offense going.

The Raiders (1-6 overall) kept the ball on the ground throughout the second half as Josh Johnson had a 29-yard TD run in the third quarter and Blake Mellgren scored from three yards out with 2:18 left in the game.

Austin head coach Ed Schmitt liked the effort from his Packers, who were playing the game shorthanded due to a lot of injuries.

“The kids came out and they were fully committed to playing this one last game,” Schmitt said. “The seniors wanted it pretty bad and they played hard. I’m happy. The seniors gave four years of their lives for us and I’m proud of them.”

Sophomore Jack Lang recorded his first start at quarterback for the Packers and he showed some positive signs as he had runs of nine and 17 yards. He also hit fellow sophomore Joe Ewing for a 24-yard gain on fourth and nine in the third quarter.

Austin was also playing a sophomore on the offensive line and a pair of sophomores at linebacker.

“A lot of underclassmen played tonight and that was because of injuries and things going on, but I’m proud of their effort,” Schmitt said. “They fought hard.”

The Raiders used a 32-yard passing play on their first drive of the game to set up a 32-yard field goal by Zach Riley to go up 3-0. 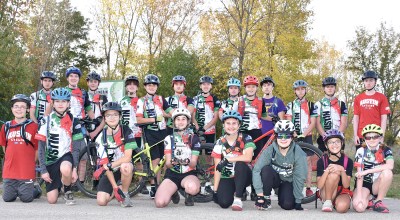