Of learning and fun 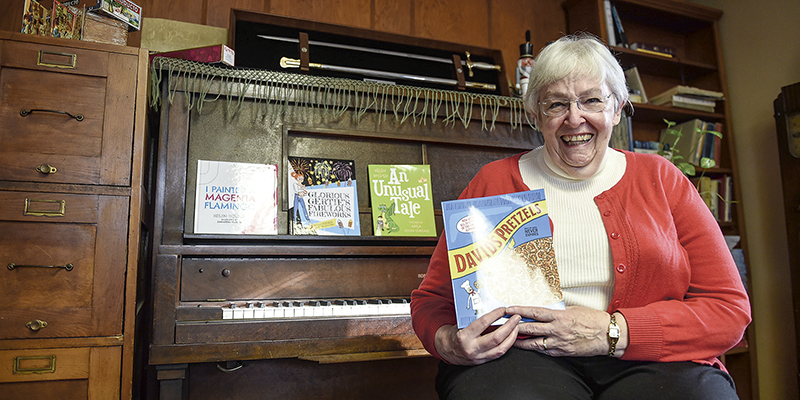 Over life, Helen Holder has written several children’s books. Now that work is coming to fruition as all of them are being published. Photos by Eric Johnson/photodesk@austindailyherald.com

For many of us who have ambitions of writing a book, actually getting pen to paper to write even one novel can seem like a herculean task, much less six of them in short succession.

But we’re also not Helen Holder.

Holder has published six books just this year with another on the horizon — all of them being children’s books that are also illustrated by Holder.

Those things go perfectly in line with a woman whose childhood ambitions were to be a teacher, author and artist. 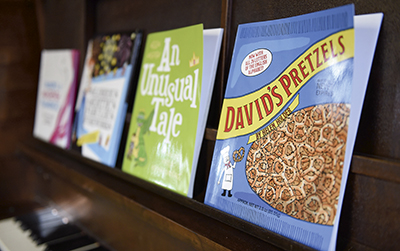 An assortment of books including her first “David’s Pretzels” are spread across Helen Holder’s piano. Eric Johnson/photodesk@austindailyherald.com

“I just think it’s a fun journey,” Holder said with an easy laugh. “I didn’t think I would have another job.”

But it’s been a job that she’s enjoyed while bringing fun and learning to those families that read her stories.

“I just wrote them for fun, but alphabet books you can teach kids a lot,” Holder said. “Letter formation, using the dictionary and just the fun of rhymes.”

Holder’s writing stretches back a number of years to when she was a teacher for 33 years at Neveln Elementary. During her time at Neveln, she was part of a writing group that included Kathy Wegner, June Nelson and Millie Masse.

Her first book came from the simple act of watching her son David bite pretzels into the shapes of letters. Thus, “David’s Pretzels” was born in 1991.

Other books often come simply from the observations Holder sees during the day,  and were scattered throughout the years, including “Terrific Tongues,” “An Unusual Tale,” “Sleepover with Grandma,” “Glorious Gertie’s Fabulous Fireworks,” “What Goes Up Must Come Down” and “I Painted a Magenta Flamingo.”

However, Holder held off publishing the books until this year. It was partially because she was trying to get used to the idea of how to get the books into people’s hands, but for other reasons as well, including just misplacing the stories.

“‘Glorious Gertie’s Fabulous Fireworks’ … I wrote it, lost it, wrote it and lost it,” Holder said.

But Holder caught a break when she was researching how to publish the books, either through self-publishing or through a publishing company.

It was a process that started way back in 1991, but it turns out she didn’t have to look far.

Holder has been working with Fox Pointe Publishing LLC, cofounded by Chelsea Farr and Kiersten Hall.

“I had a meeting with them in March, right before everything closed up,” Holder remembered. “They were really excited.”

Fox Pointe has a number of authors they’ve worked with, including Carmen Tribbett. It was an excellent place for Holder to have her books published.

All of the books are good reads for 3-5 year olds, but some older children will also enjoy the books, Holder said.

Although there are educational elements to her books, Holder is hoping children will find a little fun along the way.

“Mostly I just like for them to have fun,” Holder said. “The learning part comes with the fun.”